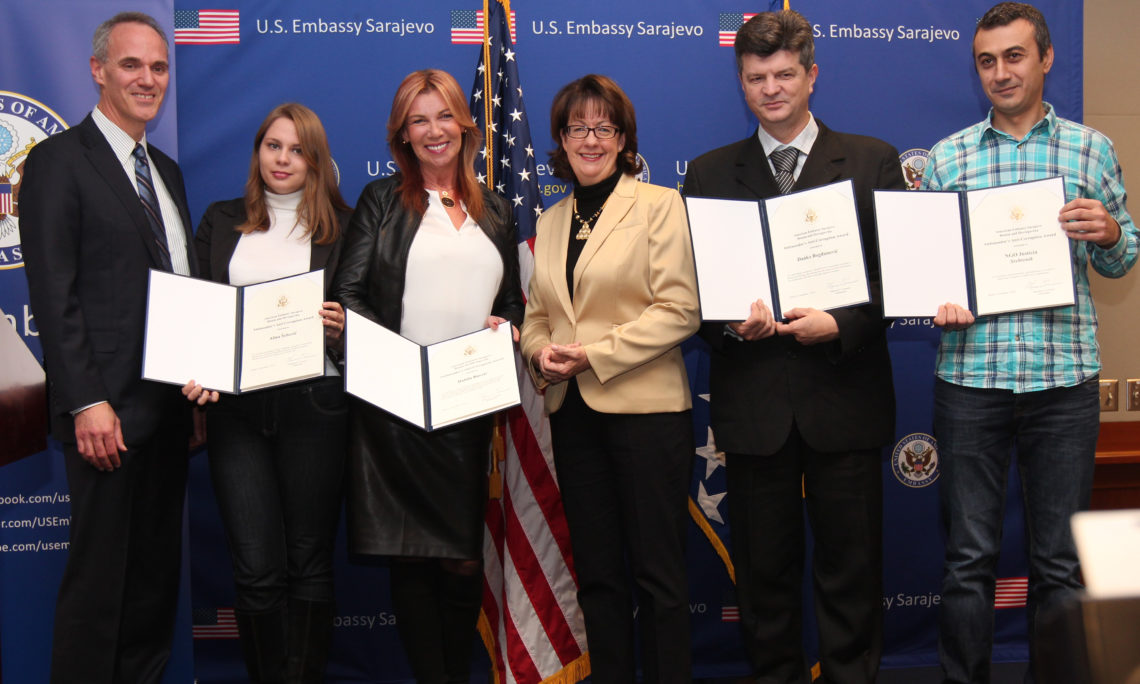 As part of the United States Embassy’s program to highlight counter corruption efforts in BiH, U.S. Ambassador Maureen Cormack has established a series of awards for individuals and organizations who are leading the fight to stamp out corruption in the country. On Monday, December 7, Ambassador Cormack made brief remarks about high cost of corruption and efforts to address it, stressing that “we must change the mindset of citizens here in Bosnia and Herzegovina, so that every man, woman and child understands that corruption is not normal, it is not a given, and it should not be accepted.” She also honored following individuals and organizations for their contribution to eradicating corruption in BiH : DANKO BOGDANOVIC For outstanding courage as a whistleblower in reporting corruption in Bosnia and Herzegovina showing that the actions of brave individuals can significantly contribute to fighting against corruption; ALMA SEHOVIC (post mortem) For showing outstanding courage in fighting corruption in Bosnia and Herzegovina and who bravely stood against corruptive practices; DALIDA BURZIC:   For persistence, professionalism and dedication as a public servant to improve efficiency, transparency and quality of the work of Sarajevo Cantonal prosecutor office by leading vigorous investigations and prosecutions of the most severe criminal cases.; and NGO JUSTICIA FROM SREBRENIK For their persistency and dedication as an NGO in addressing the issue of corruption in public sector employment.