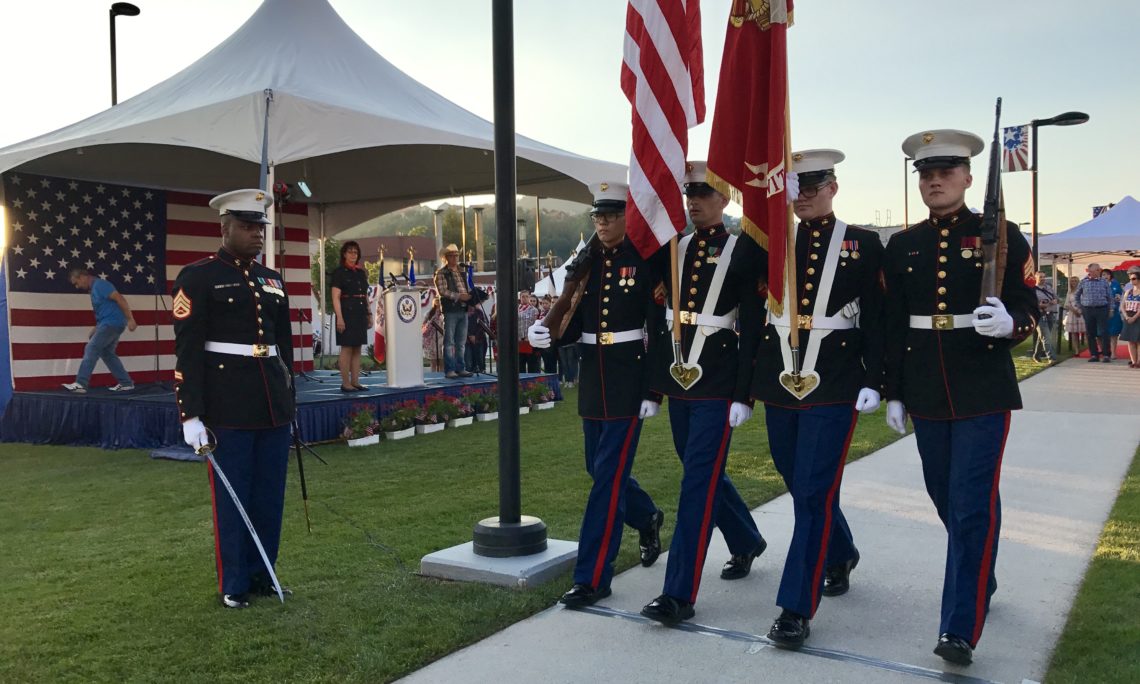 Dobro veče svima i dobro došli … to U.S. Embassy Sarajevo’s celebration of the 241st anniversary of the Declaration of Independence of the United States of America!

We’re trying a new approach this year, and I’m impressed by how many of you got into the spirit of the event – thank you so much!

And, a big thank you to the students of Gimnazija Obala for their beautiful rendition of the national anthems of Bosnia and Herzegovina and the United States of America.

Thank you also to our band for tonight, Pro Rocks – I can’t wait to hear your all-American repertoire!

And last but far from least, I would like to thank our sponsors, for both their financial support and for the many in-kind donations for this wonderful party.

Ladies and Gentlemen, I’ve been here in Bosnia and Herzegovina for two and a half years now, and as you know, the challenges are many.   And so, this year – after a lot of hard work, and knowing much more is to come – we decided that we all just need to have some good, old-fashioned fun.  And so, we created a Country Fair, with all the ingredients you need for a real American experience.

In America, the country fair is a magical place where people from all walks of life come together to enjoy exhibits, games, music, contests and American crafts.  The country fair was historically also the place where young people came together once a year to demonstrate all the new skills they had learned about farming that year — their skills in raising livestock, cooking, and crafts.  The first Country Fair mentioned in American history took place in New York — then known as New Amsterdam — in 1641.  We’ve come a long way since then, and in 2017 alone, over 313 State and Country Fairs across America have been host to over 50 million visitors!

So today, we thank you for helping us celebrate July 4th by coming to our Country Fair!  A well-known American humorist noted that “You have to love a nation that celebrates its independence every July 4, not with a parade of guns, tanks, and soldiers who file by the White House in a show of strength and muscle, but with family picnics where kids throw Frisbees….   So tonight we invite you to our big family picnic, where you can indeed throw Frisbees, toss footballs, and play other fun games at the back of our garden, visit the impressive line-up of vintage cars behind me, or take photos at our “family portrait gallery” near the embassy building – and much more!

Ladies and gentlemen, I don’t want to keep you from the fun much longer, but I do want to leave you with one thought tonight.  The greatness of an event like this is that it brings together people from all walks of life, with no regard for the divisions that too often divide society.  From brave young people to senior citizens, from government leaders to opposition, from entrepreneurs to academics, journalists to musicians.  But all of you here tonight have one thing in common:  the future of Bosnia and Herzegovina.

In the year ahead, I hope you will keep in mind the words of former U.S. President Dwight D. Eisenhower, who noted: “Freedom has its life in the hearts, the actions, the spirit of men and so it must be daily earned and refreshed – else like a flower cut from its life-giving roots, it will wither and die.”

In the year ahead, I hope each and every one of you will work hard every day to keep freedom and progress alive and well for Bosnia and Herzegovina.

But for tonight, let’s have fun –  A večeras je zabava!