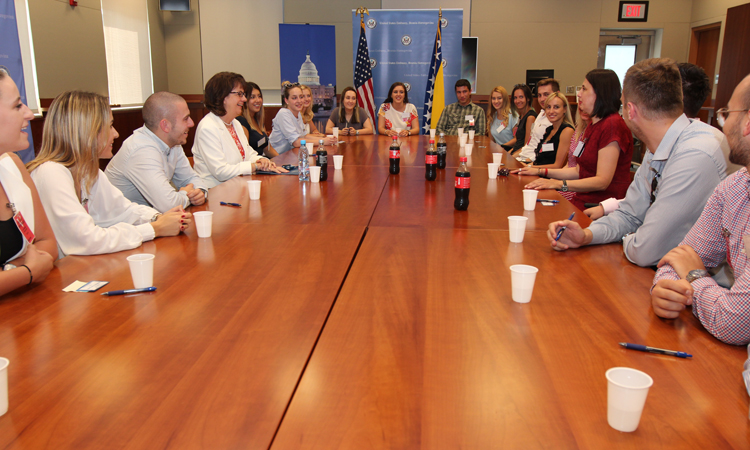 Today, Ambassador Cormack met with 20 participants in Coca-Cola’s “Coke Summership” program, which draws together students from universities in Sarajevo, Tuzla, Mostar, Banja Luka, Turkey, and Ireland.  After congratulating the interns on being selected to such a highly competitive program, the Ambassador discussed her own career path and experience as the U.S. Ambassador to BiH.

The Ambassador also thanked Coca-Cola for their commitment to corporate social responsibility and investment in the young people of Bosnia and Herzegovina.