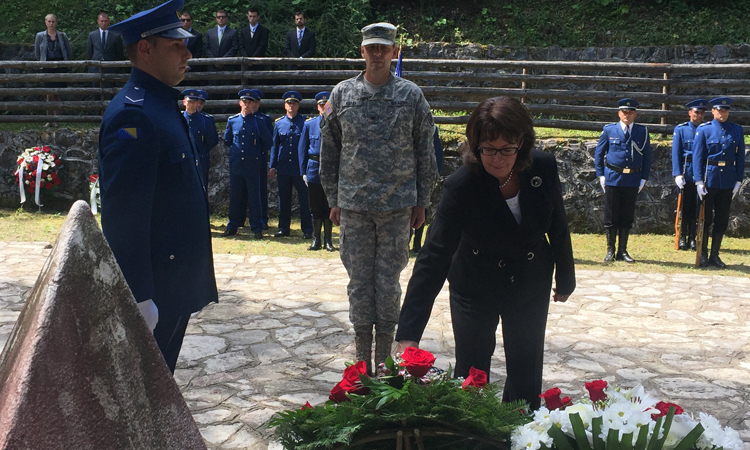 Ambassador Cormack, Defense Attaché COL Mark Karas, and Embassy staff attended the commemoration honoring Ambassador Robert Frasure, Doctor Joe Kruzel, Colonel Nelson Drew, and French Corporal Stefan Raoult on the 20th anniversary of the tragic accident on Mount Igman that took their lives as they worked bravely to help end the war in Bosnia and Herzegovina. “Bob Frasure, Joe Kruzel, and Nelson Drew knew the risks of travel along what Richard Holbrooke once called the most dangerous road in Europe. Their dedication and commitment, despite grave danger, to the pursuit of peace defined and continues to define the US commitment to lasting peace in Bosnia Herzegovina,” said Ambassador Cormack on Wednesday, joining BiH officials and representatives of the diplomatic core in paying respects to the three diplomats and their young driver.