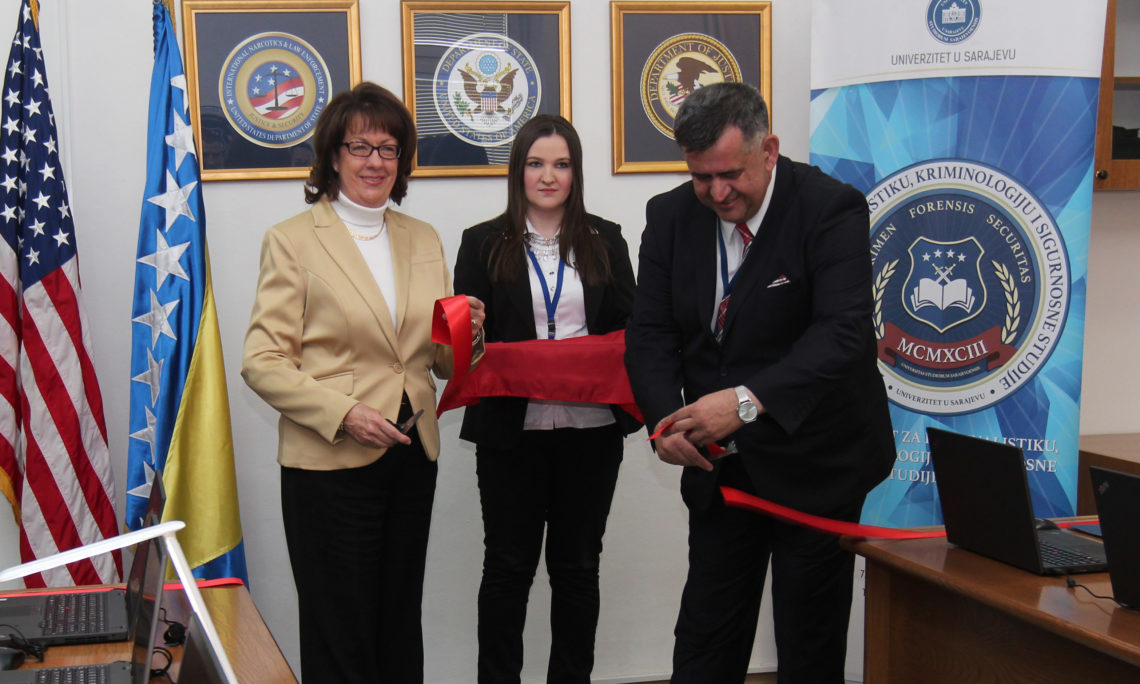 Ambassador Cormack and Prof. Nedzad Korajlic, Dean of the Criminal Justice, Criminology, and Security Studies Faculty in Sarajevo, opened the “American Room” – a computer laboratory established with a $30,000 donation from the United States. The facility will be used by students for a joint U.S. Embassy – University of Sarajevo Court Observation Project. The project, launched in December 2016, has enabled 44 students from the Law and Criminology faculties to observe 12 ongoing corruption trials and gain practical experience about trial procedure.

Addressing the media at the event, Ambassador Cormack said that corruption remains a top issue in Bosnia and Herzegovina, adding that this donation gives students the tools they need to conduct research, to share their findings, and to write their final reports for publication. “While observing trials in Sarajevo Municipality, Sarajevo Canton, and the Court of Bosnia and Herzegovina, the students have seen some of the best – and the worst – that courts in BiH have to offer, and they’ve learned from all of it. The donation is a demonstration of the United States’ continued commitment to BiH, and our continued joint efforts to fight corruption,” noted Ambassador Cormack.