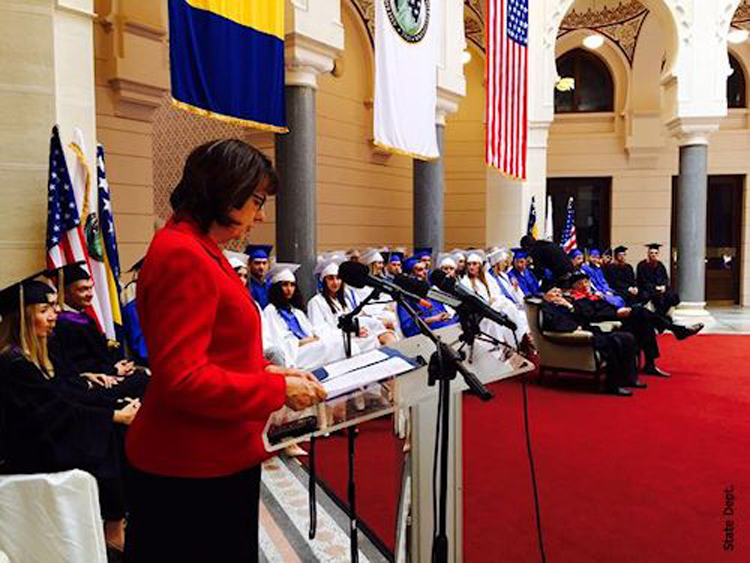 Addressing the American University in BiH graduating class of 2015, the Ambassador stressed several challenges and opportunities that lie before the young people in BiH. Ambassador Cormack told the graduates that they “are the generation raised during these 20 years since the war ended, the generation raised in the peace provided by the Dayton Agreement, the generation that needs to lead this beautiful country to the secure, democratic and prosperous future in Europe  that it not only deserves, but has every ability to achieve if leaders step up at all levels of society, law, justice, education, business, science, economy and politics – leaders who are prepared to reject the current corrupt system, set new standards, demand new opportunities, and lead Bosnia and Herzegovina to the positive future it can so easily achieve – if its people decide to turn over a new leaf and move forward.“ She added that should they decide to be the future leaders BiH needs, the American Embassy is prepared to support them every step of the way.