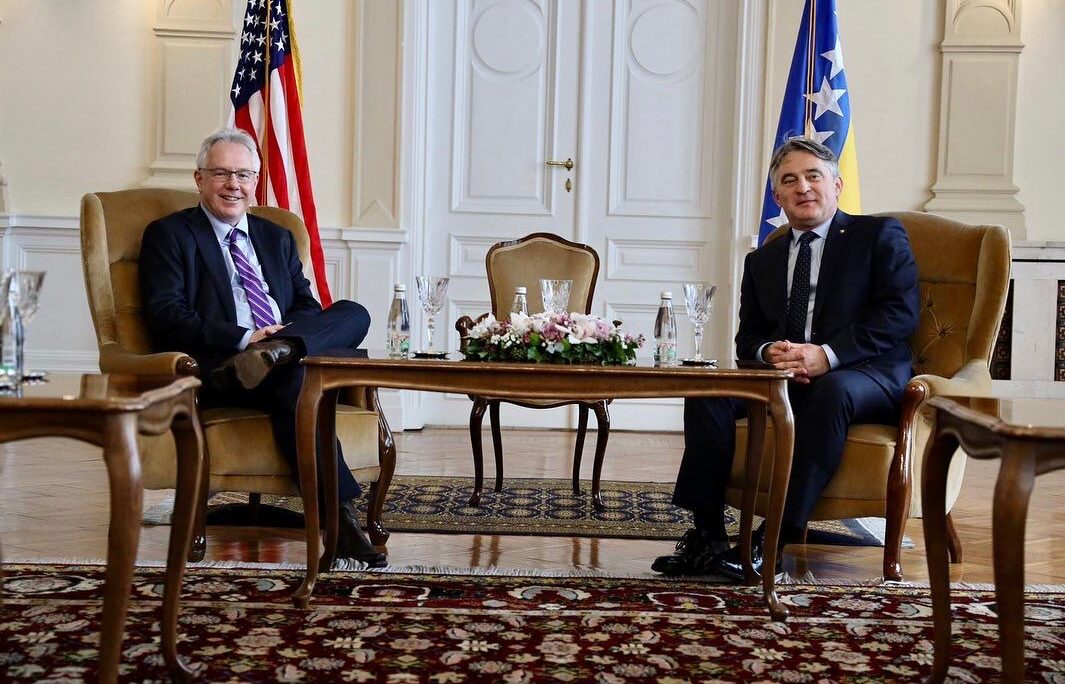 Michael J. Murphy has arrived in Bosnia and Herzegovina and today presented his credentials to the Chairman of the BiH Presidency as Ambassador of the United States.

Ambassador Murphy plans to host a press conference in the near future to outline the U.S. Government’s key priorities for his tenure in Bosnia and Herzegovina.

Ambassador Murphy is a career member of the Senior Foreign Service, class of Minister Counselor. He previously served in Sarajevo as Political Counselor at the U.S. Embassy from 2006 to 2009. Prior to assuming his current duties in Bosnia and Herzegovina, Ambassador Murphy served as Deputy Assistant Secretary of State for European and Eurasian Affairs from June 2018 until September 2021. His responsibilities included European security, including the U.S. relationship with NATO and the OSCE; Arctic security; and U.S. bilateral relations with Denmark, Estonia, Finland, Iceland, Ireland, Latvia, Lithuania, Norway, Sweden, and the United Kingdom.