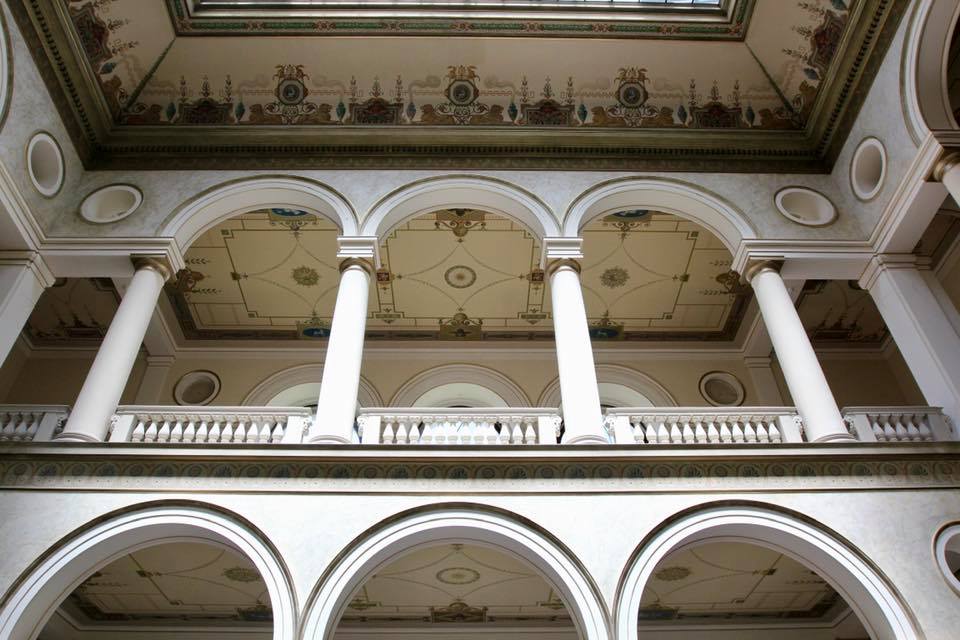 Ambassador Nelson spoke at a press event marking the completion of a series of projects undertaken at the National Museum of Bosnia and Herzegovina within the framework of a $625,000 grant from the Ambassadors Fund for Cultural Preservation.  The award of this grant in 2015 was instrumental in helping the museum re-open, and supported a wide range of projects in the Museum, including the restoration of beautiful wall and ceiling paintings, as well as structural consolidation, the installation of a video surveillance and fire prevention system, and improvements in pest control and ventilation.

At the event, which was widely covered by the media, Ambassador Nelson said he hoped the donation would be “motivation and inspiration to others to support the museum so the shared past can lead to a shared future.