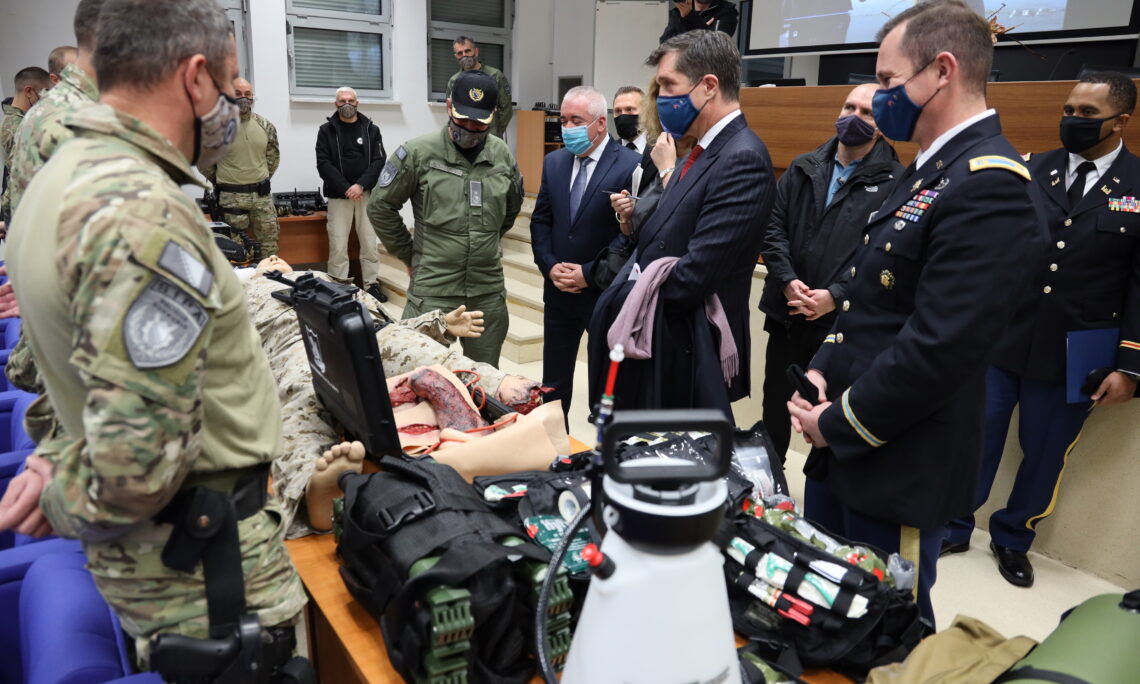 Ambassador Eric Nelson, Defense Attache COL Michael Tarquinto, and Chief of the Office of Defense Cooperation MAJ Taib Grozdanić marked the donation of Armored SUVS, night vision devices, communications equipment, and personal protective equipment valued at over $1.5 million to the State Investigation and Protection Agency (SIPA) Special Support Unit (SSU). This equipment will enable the SIPA SSU to carry out their important role in protecting the citizens of Bosnia and Herzegovina. The United States is strongly committed to the rule of law and security in BiH. The U.S. Embassy considers SIPA’s mandate to combat corruption as one of their most important efforts. It remains one of the most challenging issues for the security community as well as one of the primary reasons young people in Bosnia and Herzegovina are looking outside of the country as they plan their futures. The United States remains deeply committed to combatting corruption in Bosnia and Herzegovina and in the region,