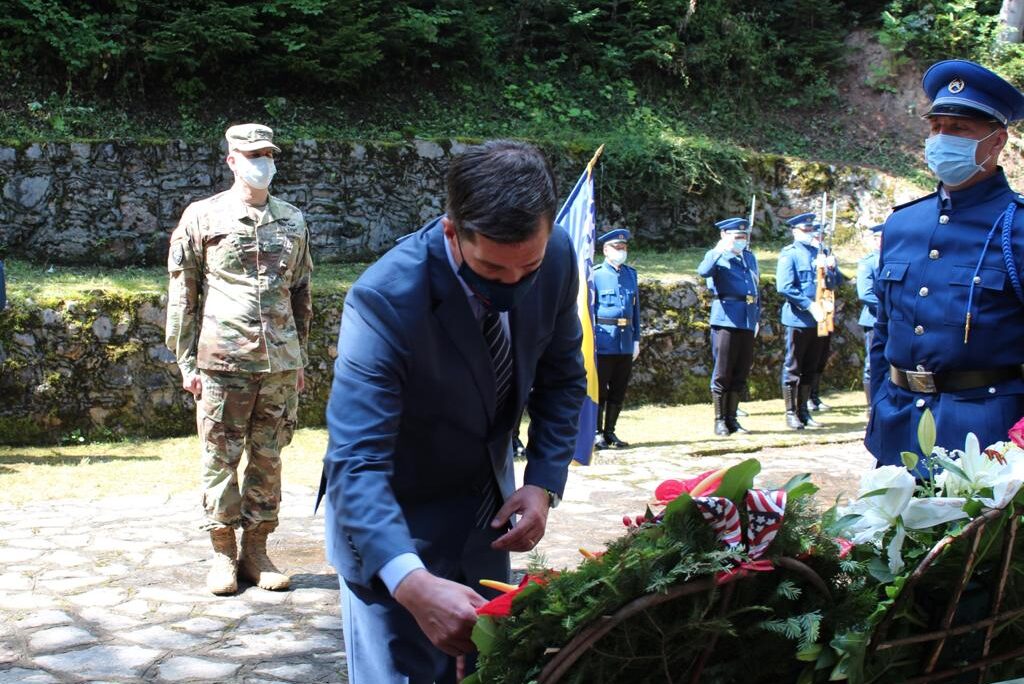 Today we commemorate the passing and honor the memory of Ambassador Robert Frasure, Doctor Joe Kruzel, Colonel Nelson Drew, and French Army Corporal Stefan Raoult. It has been twenty-five years since these four brave men, dedicated to finding a path to peace in Bosnia and Herzegovina, lost their lives on the treacherous path over this mountain. Their courage stands as an example to us all.

In those difficult times, they knew their task would not be an easy one, but were equally certain in their belief that it was one worth pursuing. In fact, their efforts for peace would come to fruition just four months later with the signing of the peace accords in Dayton, Ohio. The path to realizing a self-reliant Bosnia and Herzegovina, a country in which its citizens are proud and optimistic, is fraught with many challenges and obstacles, yet we persevere knowing it is a noble goal and one capable of being achieved. In this way, our efforts here are a continuation of their work.