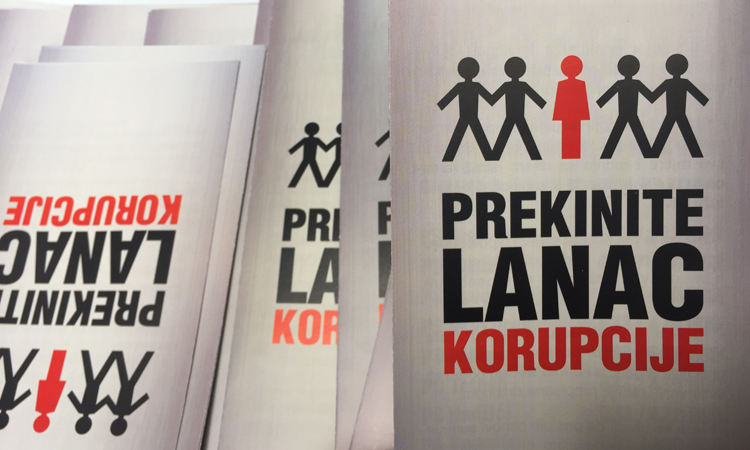 U.S. Embassy Sarajevo and its offices – INL, ICITAP, and OPDAT – launched a public anti-corruption campaign in five cities in Bosnia and Herzegovina.  Working with community police officers and local prosecutors — and taking advantage of the six-month “anniversary” of Embassy Sarajevo’s “Anti-Corruption Week” in December — INL sought to engage the local public and raise awareness against corruption.  The events, hosted in Banja Luka, Tuzla, Zenica, Sarajevo, and Mostar, were highly successful:  ICITAP and OPDAT stationed a booth in shopping centers, handed out flyers with information to report corruption, and collected questionnaires from an engaged public.  Community police officers and local prosecutors also spoke with their constituencies, answering questions and reinforcing the anti-corruption message.  The campaign will conclude in Mostar, on June 9.