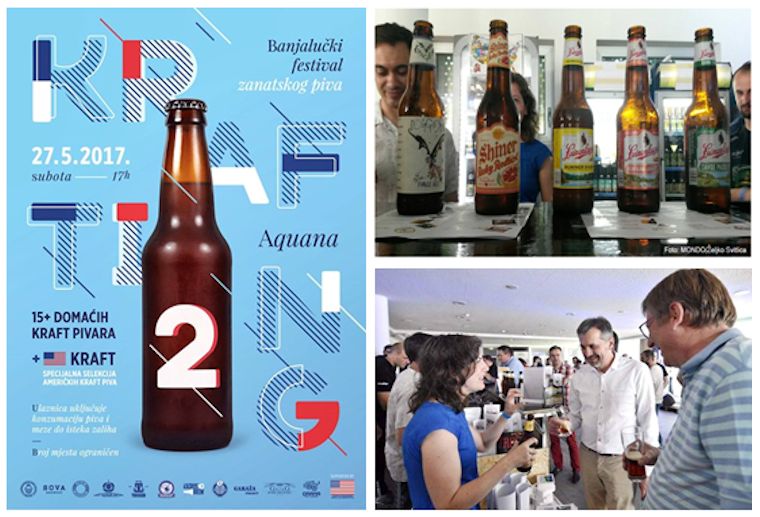 On May 27, the Embassy’s Banja Luka Branch Office showcased American specialty brews at the Krafting Beer Festival organized by Banja Luka home brewers.  They served 300 bottles of nine specialty American labels, none of which are available in Bosnia and Herzegovina—Sierra Nevada , Anderson Valley Brewing, Founders Brewing Company, Anchor Brewing Company, Flying Dog Brewery, Rogue, Leinenkugel’s, Yuengling, and Shiner Bock.  Sierra Nevada was by far the most popular and several home brewers said they used it as inspiration for their own recipes. The Festival had a positive impact, changing perceptions about American beers—they aren’t just water anymore! – and garnered positive press in the local media.  The Office is hoping the Festival’s success will lead to an export opportunity for American beers.