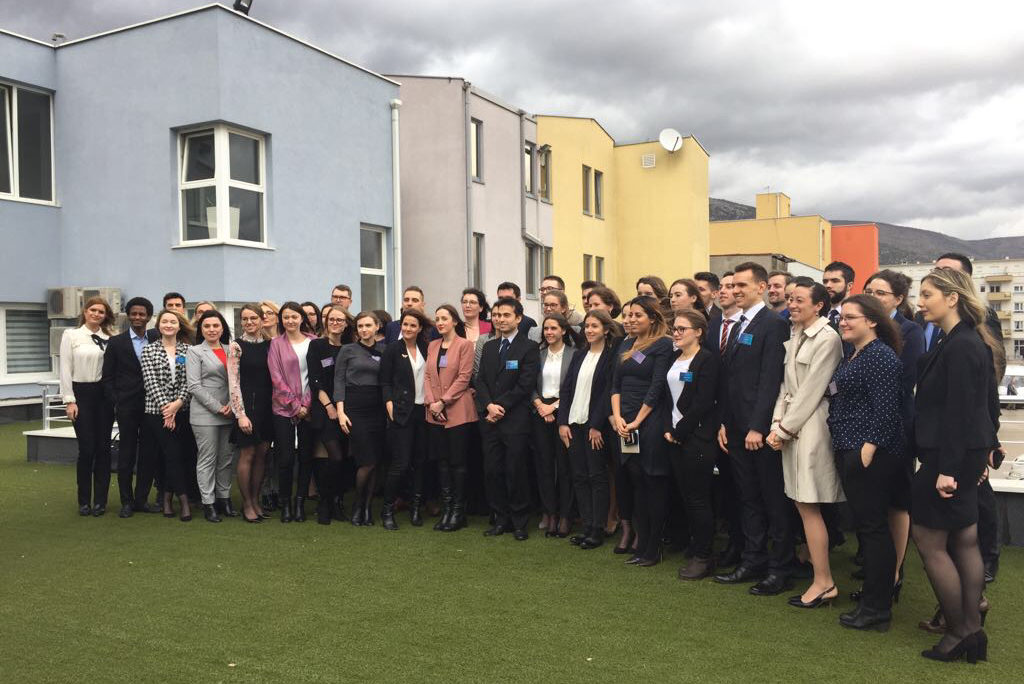 On February 1-4, the U.S. Department of Commerce’s Commercial Law Development Program (CLDP) held an International Commercial Arbitration Moot Training and Competition (Vis Moot) in Mostar.  The Vis Moot is an educational tool to foster the study and practice of international commercial and arbitration laws and encourage the resolution of business disputes by arbitration.  This program focused on the third and final element of the Vis Moot preparatory process: oral advocacy. The training portion of the program, held at the University of Mostar, was led by CLDP and BiH’s ARBITRI Association, and featured practice pleadings with arbitrators, group discussions, and interactive practice and coaching sessions.  This year’s preparatory competition was the largest in CLDP’s history in the region, and included over 25 volunteer arbitrators and student teams from the University of Zenica, University of Sarajevo, University of Banja Luka, University of Tuzla, Central Europe University (CEU), Saarlandes University, and University of Zagreb.  NSoft Mostar hosted the preliminary competition on February 3 -4, and local law firms, the American Chamber of Commerce, and several technology companies, including Oracle and Lanaco, also sent representatives to the competition to serve as volunteer arbitrators.  Following this program, the law students will go on to compete in the Annual Willem C. Vis International Commercial Arbitration Moot, the pre-eminent moot competition on commercial law and arbitration, held annually in Vienna, Austria in March.  Good luck teams!