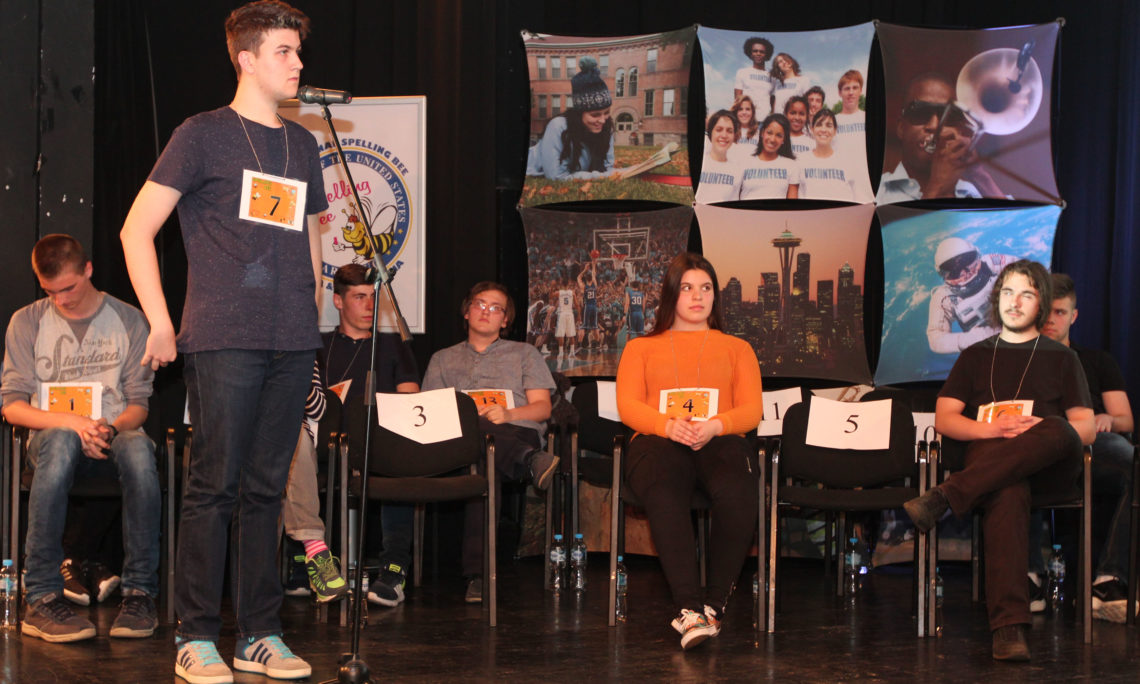 On Saturday, May 13, 17 young people from across BiH, winners of the Regional English-language Spelling Bee Competitions, came to Sarajevo to compete for prizes and the honor of carrying the title Bosnia and Herzegovina’s “Best English-Language Speller.” Denis Suljaković, from Gimnazija „Edhem Mulabdić“ Maglaj, won the first place, Ramiz Begić, from Gimnazija „Muhizin Rizvić“ Kakanj, came in second, while Marko Vejnović from Gimnazija Banja Luka was the third.

This was the sixth annual Embassy Sarajevo-sponsored countrywide English-language Spelling Bee Competition held in cities throughout the BiH. The project began with over 4,700 students at 174 schools competing in classroom-level contests in April 2017.  The winners of these contests faced each other in regional finals at the nine American Corners throughout BiH in April.  Finalists in this year’s competition come from Bijeljina, Sarajevo, Maglaj, Zenica, Gradiška, Brod, Bosanska Krup, Sanski Most, Banja Luka, Gradiška, Tuzla, Živinice, Mostar, and Trebinje.

“Spelling Bees” test students’ skills in spelling words in English.  Because the English language does not follow consistent spelling rules – unlike B/C/S – the words can be famously difficult to spell.  These spelling contests are held in schools across the United States to help students learn the language, improve spelling and increase vocabulary, but also because they are fun for students and the audience.