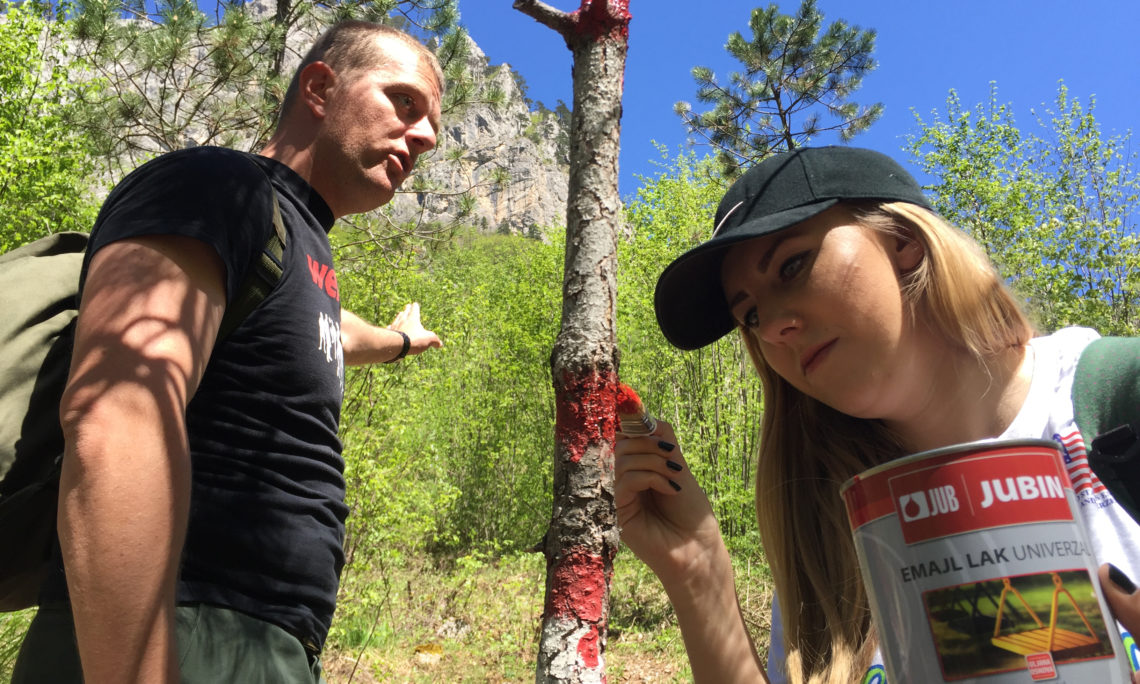 The U.S. Embassy in BiH marked the 46th annual Earth Day by focusing on the future of Sutjeska National Park.  Forestry students from Sarajevo and East Sarajevo Universities worked with Embassy volunteers, park staff, and experts from NGO Terra Dinarica on trail maintenance.

They also installed new trail markings that identify Sutjeska as part of the acclaimed Via Dinarica route (an eco-tourism project co-funded by UNDP and USAID) that includes some of the best hikes in the Balkans.

Ambassador Cormack joined RS Minister of Physical Planning, Civil Engineering, and Environment, Srebrenka Golic, and Federation Minister of Environment and Tourism, Edita Djapo for a short hike along the Suha trail on Thursday, April 21st.  The three discussed details of the Sutjeska 2020 Plan drafted by UNDP in 2012 as an outline for protecting the park while simultaneously making it more accessible to visitors.

The Ambassador encouraged both Ministers to implement the plan, as well as to rededicate themselves to completing a comprehensive environmental strategy that is key to unlocking EU IPA funds for environmental protection projects.

The Embassy will sponsor an interethnic camp in Sutjeska National Park this summer to introduce students from the surrounding area to the unique biodiversity of the park, and is exploring opportunities for professional exchanges to further build the capacity of park management and local environmental experts.

Today, U.S. Secretary of State John Kerry will join Chairman of the Council of Ministers of Bosnia and Herzegovina Denis Zvizdić and leaders from around the world in signing the historic Paris Agreement on climate change at the United Nations, reflecting the broad U.S. commitment to the environment and action on climate change.