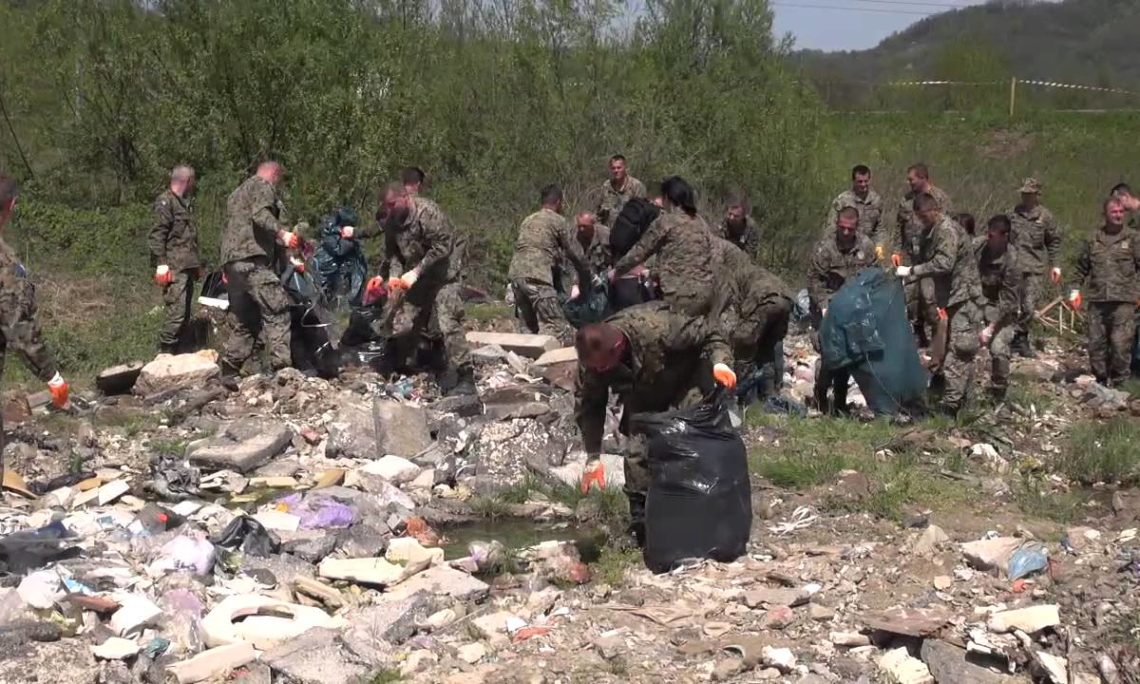 This April 22nd marks the 45th anniversary of Earth Day, a day when the world comes together to reflect on our shared responsibility to safeguard this fragile planet for future generations. To celebrate Earth Day in Bosnia and Herzegovina, over 900 volunteers, including Embassy employees and family members, accompanied by members of the BiH Armed Forces, the American Chamber of Commerce, NATO and others joined in an Embassy-initiated effort to pick up trash in and around the cities of Doboj Jug, Doboj and Maglaj, areas ravaged by last year’s floods. For more thoughts on what could be done to keep BiH beautiful, read Ambassador Cormack’s new blog post.