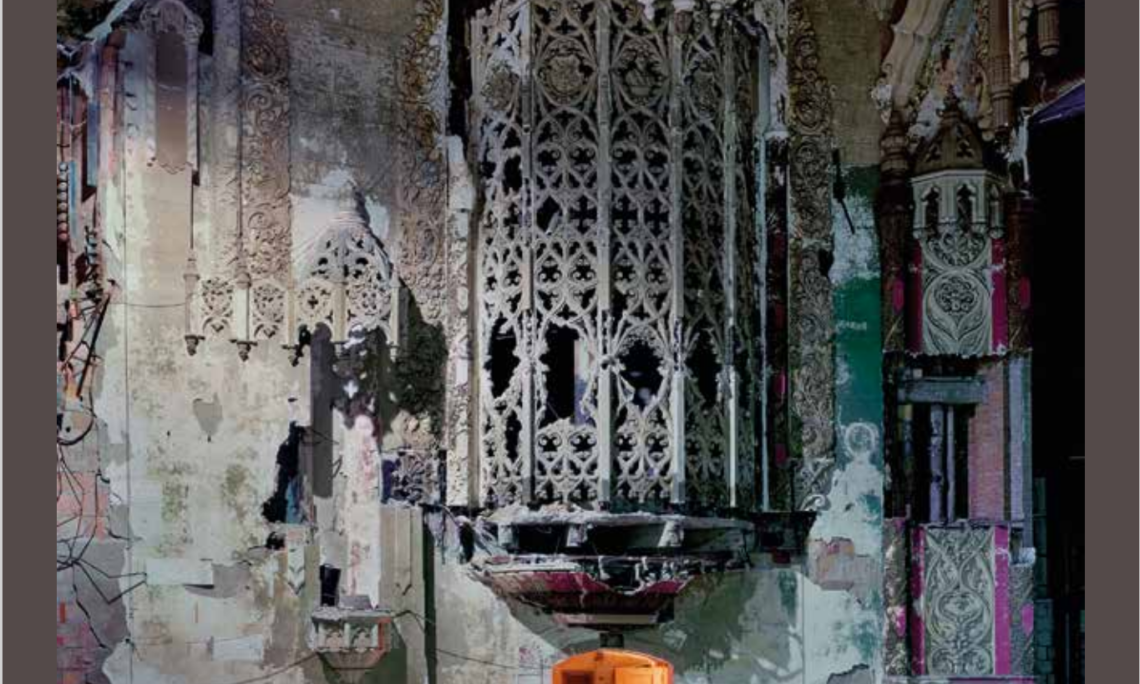 Contemporary art challenges me to see things in new ways. Problem solving and effective dialogue requires the same. My favorite works leave me asking: why didn’t I see that before, portrayed here so simply? Early in my career, I had the opportunity to relocate a Calder Stabile to a more prominent site at the U.S. Consulate General in Frankfurt, and later, to share the living room of our official residence in Munich with Frank Stella’s monumental collage Hockenheim. As I prepared to represent my country as Ambassador to Bosnia and Herzegovina, I welcomed the opportunity for my partner, Art Advisor Filippo Tattoni-Marcozzi together with the experts at Art in Embassies of the State Department, to assemble an exhibition of American art both worthy of an Ambassador’s Residence and somehow poignant to its location in Sarajevo. We deliberately selected works that broadly represent the spectrum of American art practice and its inclusive and diverse artist community. From giants of American modern art history such as pop icons Andy Warhol and Gene Davis to color masters such as Wayne Thiebaud and abstract painter Peter Hildebrand, as well as representatives of the up and coming generation working across the U.S.

Amongst the group, we proudly brought to Bosnia and Herzegovina works by two young Bosnian American female artists, Maja Ruznic and Dragana Crnjak, who, with diametrically opposite esthetics, deal with their sense of displacement, memory, and trauma. In conversation with them is a photograph by Andrew Moore depicting the dilapidated interior of a Detroit theater that points out how destruction and decay are not just a prerogative of post-war societies but equally of economic strife, and how all peoples share the same need to restart and rebuild. An etched glass vase by African American artist Barbara Earl Thomas is an important addition, also recognizing the pivotal role in every culture of women and minorities for too long overlooked, while the Walton Ford print, reminiscent of John James Audubon natural history studies, adds to the conversations inspired by the art at the Residence the need to confront the important issues of environmental protection and climate change that effect us all.

Established in 1963, the U.S. Department of State’s office of Art in Embassies (AIE) plays a vital role in our nation’s public diplomacy through a culturally expansive mission, creating temporary and permanent exhibitions, artist programming, and publications. The Museum of Modern Art first envisioned this global visual arts program a decade earlier. In the early 1960s, President John F. Kennedy formalized it, naming the program’s first director. Now with over 200 venues, AIE curates temporary and permanent exhibitions for the representational spaces of all U.S. chanceries, consulates, and embassy residences worldwide, selecting and commissioning contemporary art from the U.S. and the host countries. These exhibitions provide international audiences with a sense of the quality, scope, and diversity of both countries’ art and culture, establishing AIE’s presence in more countries than any other U.S. foundation or arts organization. AIE’s exhibitions allow foreign citizens, many of whom might never travel to the United States, to personally experience the depth and breadth of our artistic heritage and values, making what has been called a “footprint that can be left where people have no opportunity to see American art.