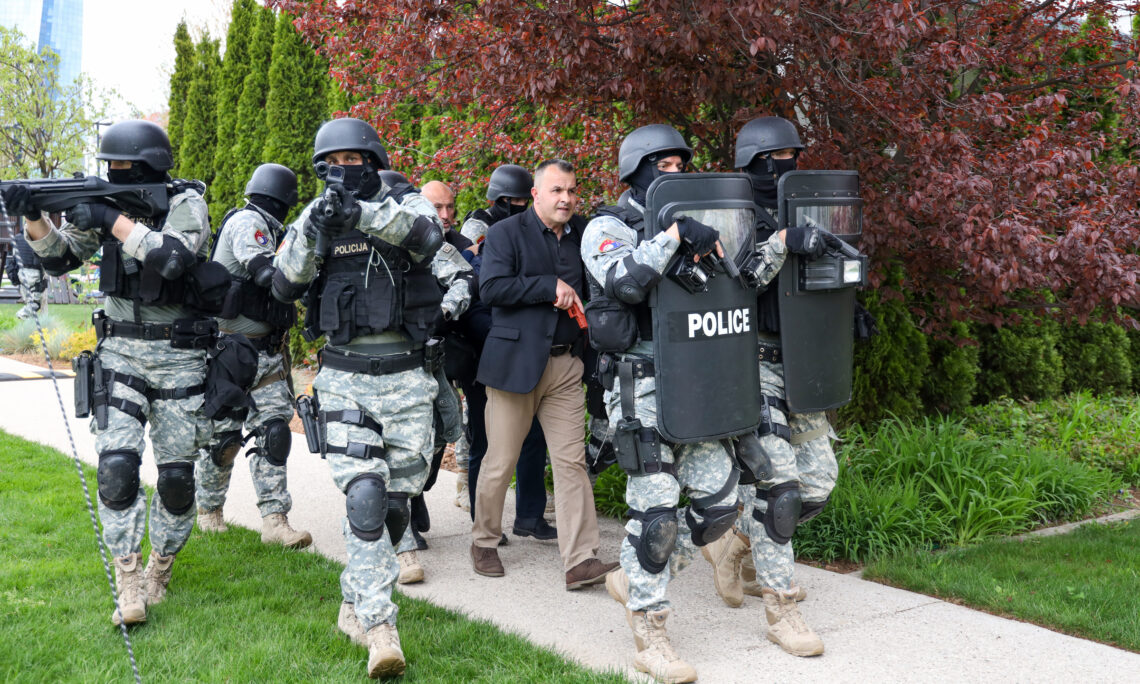 On Thursday, April 28, U.S. Embassy Sarajevo hosted an emergency preparedness exercise with its BiH emergency services partners.  The exercise, “Operation Alliance Strike,” emphasized the training, coordination, and capabilities of BiH emergency services first responders, and is a continuation from “Operation Alliance Shield” hosted by the Embassy on October 15, 2021.  It incorporated a simulation that addresses the response to a complex emergency during a large event on the embassy compound, where the community and first responders work together to ensure the welfare and safety of all impacted.  It highlighted the capability of the first responders who support BiH citizens and community during emergency situations.

Emergency services partners include the Directorate for Coordination of Police Bodies (DCPB), Sarajevo Canton Police, the Federal Ministry of Interior Police (FMUP), and the State Investigation and Protection Agency (SIPA).  Several organizations have also been invited to observe and provide insight to the training program, including representatives from various U.S. law enforcement organizations, the U.S. Department of Defense, and Republika Srpska institutions.   This exercise is further example of the outstanding and sustained cooperation between the U.S. Mission to BiH and the BiH first responders who support the community.

Operation Alliance Strike is the capstone event following intense training and planning by the U.S. Embassy in conjunction with BiH security partners.  Joint training and exercises, such as this one, are a vital element in providing a safe and prosperous community.  This joint exercise is important to ensure the readiness of both Embassy personnel as well as our BiH partners, to increase our preparedness for any situation, and to reduce and mitigate confusion and the possibility of injury in the event of an actual emergency.  It also serves to establish command and control between the two and streamline communication for faster response capabilities.

The exercise incorporates police officers from DCPB, SIPA, FMUP, and Sarajevo Police working hand-in-hand together to address a complex problem, and will feature role players from the U.S. Embassy staff. This type of drill is conducted at all of our Missions, worldwide on routine basis.