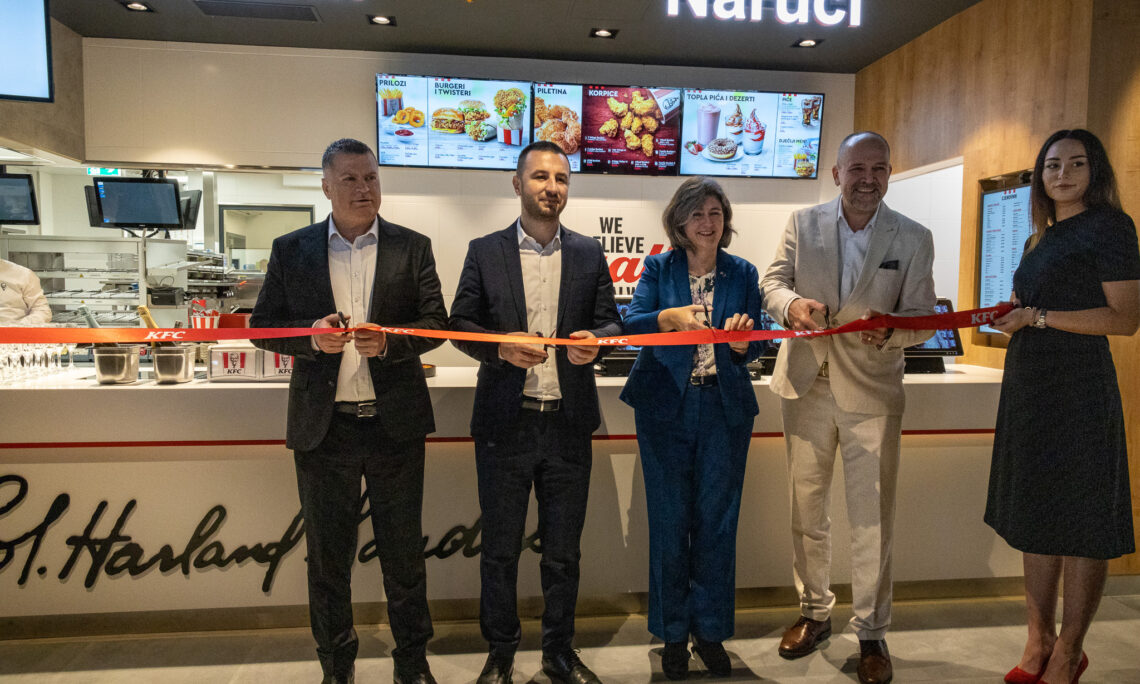 Deputy Chief of Mission Mennuti cuts the ribbon at the KFC BiH opening in Sarajevo.

Good Morning.  It is truly a pleasure to be here today for an event we have all been anticipating for a long time – the official opening of KFC in Bosnia and Herzegovina!

The arrival of KFC to BiH is a visible symbol to the rest of the world that this country is open for business.  It is an example of the kind of private sector-led economic growth that will help produce prosperity and combat corruption in Bosnia and Herzegovina.

The iconic founder of KFC, Colonel Harland Sanders, embodied this entrepreneurial spirit.  He started selling fried chicken from a roadside restaurant in Kentucky during the Great Depression, founding a business that is now the second-largest restaurant chain in the world.

His “secret recipe” of spices and patented method of frying chicken made his product stand out from the rest, and his innovations in food preparation and quality control helped him scale his business.  And thanks to the franchise model, those very same innovations, and even the Colonel’s secret recipe, have now come to Sarajevo.

KFC doesn’t just represent American hard work and ingenuity, however.  It also represents something very personal to me.

I grew up in the Commonwealth of Kentucky.  My grandfather used to tell stories of visiting Colonel Sanders’ humble original restaurant in a gas station as he traveled around the state, working hard to feed his family during the Great Depression, just like the Colonel.

When I was growing up in Kentucky, there was a Kentucky Fried Chicken restaurant right in the middle of our small town.  I can still remember the excitement as a kid of going with my parents to pick up dinner and carrying the big bucket of piping hot chicken and biscuits to the car.

Still today as an adult traveling the world on behalf of the U.S. government, I get a rush of pride whenever I see the red and white KFC logo with the smiling face of Colonel Sanders.  From South Korea to Greece to Bosnia and Herzegovina, we can all agree on the wonders of the secret blend of eleven herbs and spices.

For me, KFC is truly the taste of home, and I am thrilled to see it come to Bosnia and Herzegovina.

I am particularly proud of the jobs KFC is creating here and the investments KFC is making in people, in farmers, and in local supply chains.

Thank you to KFC franchisee Mehmed Pozderac [MAY-med POSE-der-atz], his team at TASTRA, the new KFC employees, and everyone else who had a role in this project, for bringing the taste of Kentucky here to Bosnia and Herzegovina.