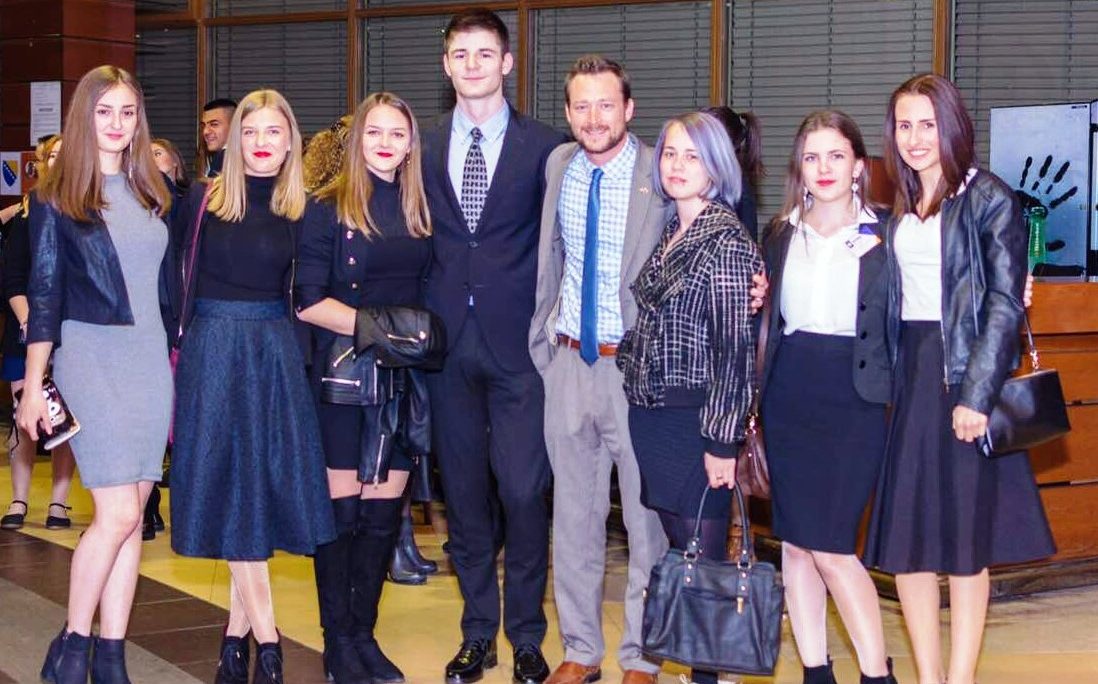 With support from the U.S. Embassy’s Office of Public Affairs, Sarajevo’s Second Gimnazija played host to Model BiH, which drew together 120 high school students from across BiH to participate in simulated sessions of the BiH state bodies – the House of Representatives, the House of Peoples, the Council of Ministers, and the Presidency of Bosnia and Herzegovina.  The ten high school teams spent the entire school year learning how the BiH government bodies work and interact, enhancing their communication skills and working together with students from other schools to prepare for this event.  The program not only encourages dialogue and cooperation across ethnic lines, but also educates young people how their government functions and how they can advocate within their government structure.   Schools from Banja Luka, Tuzla, Donji Vakuf, Bosanska Krupa, Livno, Mostar, Maglaj and Sarajevo all sent delegates.