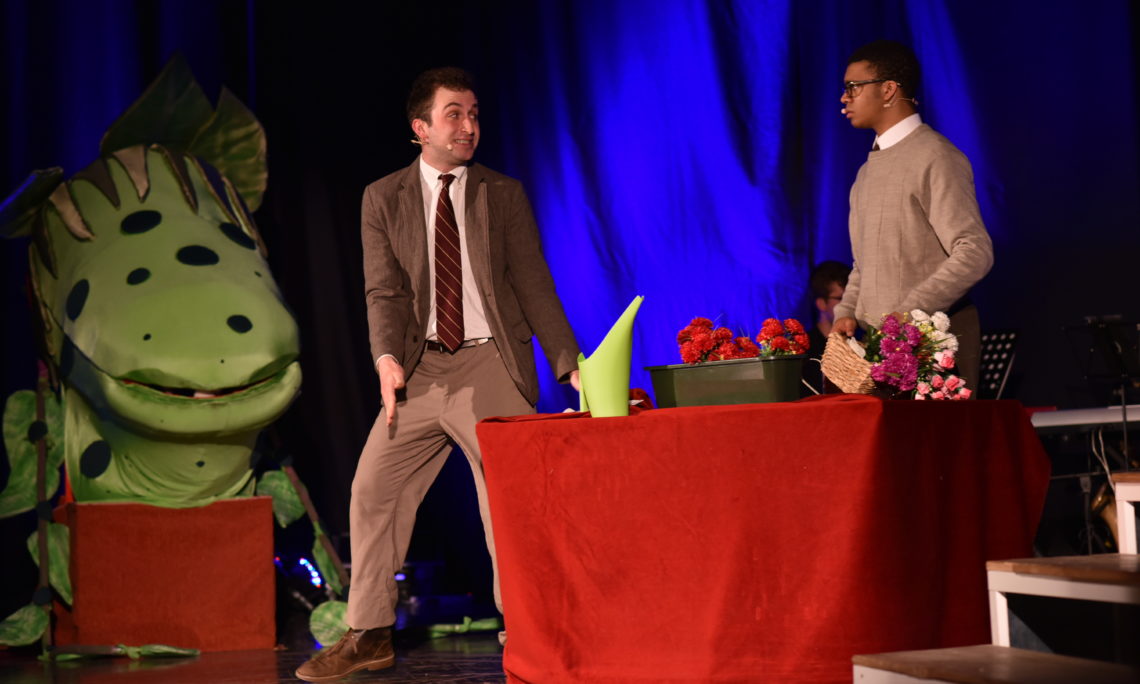 Little Shop of Horros show played to over 1,000 people in Banja Luka, Doboj, Mostar and Sarajevo, selling out every performance.

With support from State Department’s Arts Envoy program, U.S. Embassy Sarajevo brought the Northwestern University Dolphin Show’s production of Little Shop of Horrors to BiH for a one-week tour. This tour was the first time a Broadway musical with an American cast had ever been produced in BiH, and the show played to over 1,000 people in Banja Luka, Doboj, Mostar and Sarajevo, selling out every performance. The Dolphin Show is the largest student-produced musical in America, with students taking on every job, from financial management, to design to performing.  The project was a true cultural exchange – the group of Northwestern students attended a local performance in Banja Luka and met with the cast afterwards, conducted a musical theater workshop with acting students at the Sarajevo Academy of Fine Arts and interacted with audience members at Q&A sessions after each show.