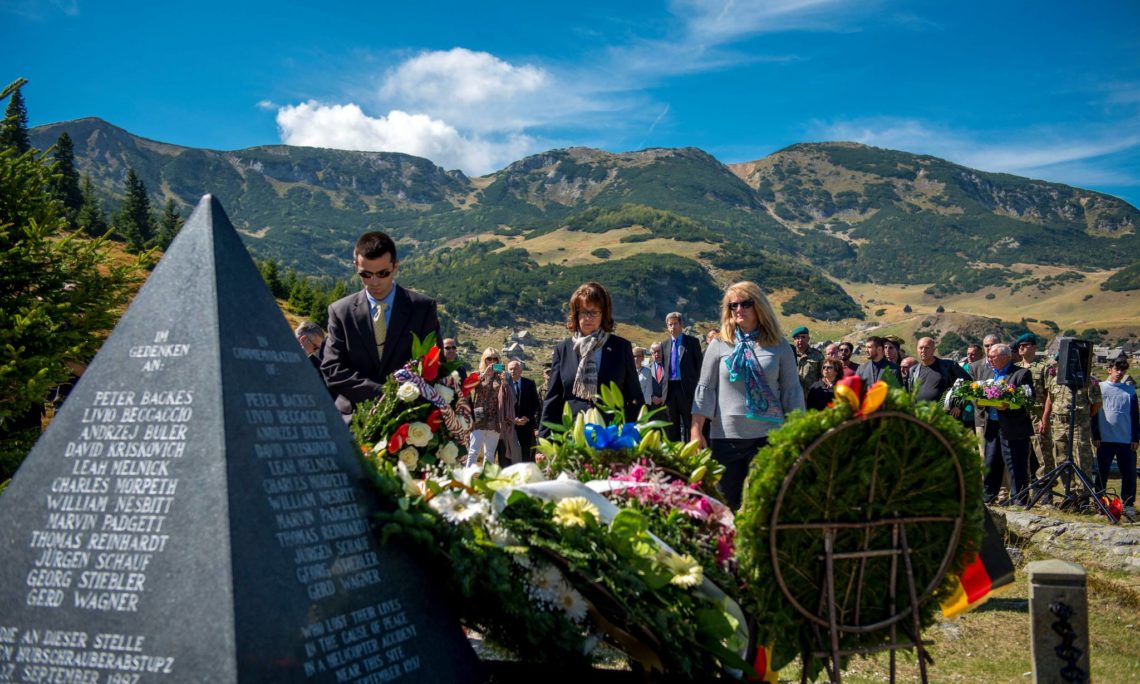 “As we mourn their loss, we remember that their work endures.  Their efforts to encourage refugees to return home helped heal a broken country and build a peaceful Bosnia and Herzegovina.  The country today is a very different place from twenty years ago.  Many challenges remain, and some are new, but there can be no question that we’ve made real progress. It’s through the dedication and efforts of people like those on that flight that we were able to achieve so much together.  As we look ahead to the next twenty years, let us honor their memory with a renewed effort towards interethnic reconciliation and to build a stronger, more peaceful Bosnia and Herzegovina,” said Ambassador Cormack.