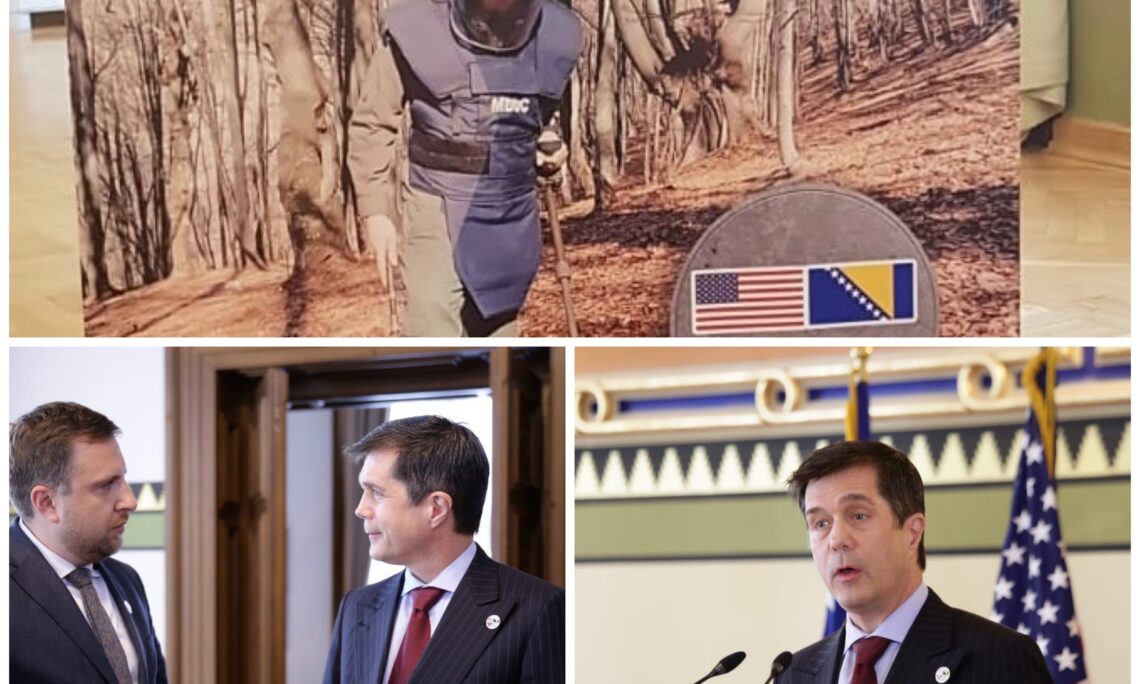 Čast mi je što sam danas ovdje na obilježavanju Međunarodnog dana svjesnosti o opasnostima od mina. While most countries around the world mark this day abstractly, the sad truth is that the citizens of Bosnia and Herzegovina are well aware of the horrendous and tragic damage caused by landmines.

Almost 25 years after the war, we have made significant progress in clearing minefields in the Republika Srpska, the Federation, and Brčko District. We have cleared over three thousand square kilometers of land, with only two percent of BiH remaining as suspected hazardous area.

Yet even today, Bosnia and Herzegovina remains the most mine-impacted country in Europe. Mines still threaten to bring back the pain and damage of the war.

The United States is proud to serve as the principal donor to the Mine Free Sarajevo project, our largest donation to demining in over a decade. This laudable initiative aims to rid Sarajevo and East Sarajevo of deadly remnants of the war that have held back development and reconciliation.

By promoting cooperation across the Inter-Entity Boundary Line, the project focuses attention beyond the literal mines that have plagued this country, to the figurative landmines that continue to litter Bosnia and Herzegovina’s path toward greater reconciliation and a more peaceful and prosperous future.

The United States commitment to the security and stability of Bosnia and Herzegovina has led us to be the largest donor country to the humanitarian demining effort. We have contributed over 115 million US dollars for demining and for the reduction of conventional munition stockpiles throughout this country.

These programs would not be successful without the assistance of your Armed Forces. They are key partners in demining and provide essential support to our munition destruction program in Glamoč.

As the ambassador of a NATO ally, I would also like to salute the members of your Armed Forces, for taking the experience they have gained, to support peacekeeping missions, counterterrorism missions in Iraq and Afghanistan, and regional NATO exercises like the one hosted by Serbia in 2018.

In closing, I thank Mayor Skaka for organizing this event, and more importantly, I thank the civilian and military deminers who risk their lives for the greater good.

My thanks as well, to International Trust Fund, Mine Detection Dog Center, and Bosnia and Herzegovina Mine Action Center for overseeing the implementation of Mine Free Sarajevo, and to all who have partnered with us to help free thousands of citizens from the threat of landmines.