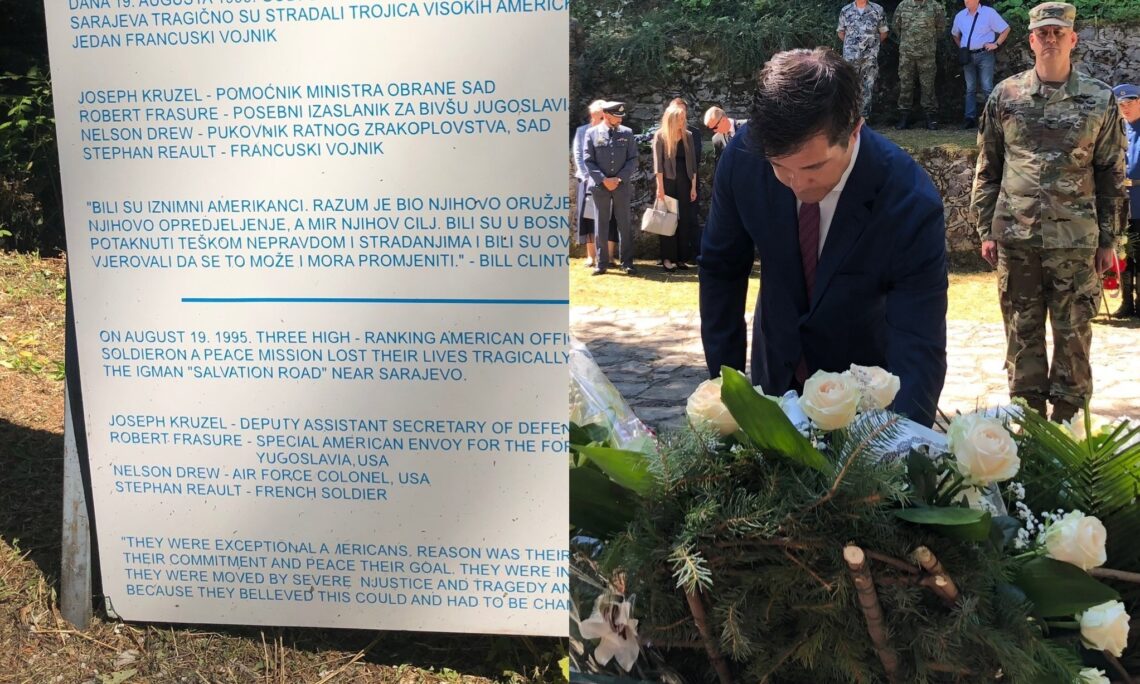 Today we remember and honor the memories of four brave men who tragically passed away twenty-four years ago in the service of their countries.

Ambassador Robert Frasure, Doctor Joe Kruzel, and Colonel Nelson Drew, along with French Army Corporal Stefan Raoult perished while seeking an elusive peace to a conflict then well over three years in the making.

I would like to thank you all for joining me today as we honor their deeds and remember their sacrifice.

It was a sacrifice not made in vain as the peace they sought would be realized just four months later in Dayton, Ohio.

Though many years have come and gone since the tragic day of their passing, the memory of these men lives on through our continued efforts to make Bosnia and Herzegovina a country full of people who are optimistic, self-reliant, and working for a better future.

The United States fully appreciates that this is not an easy task; however, it is also not an impossible one.

It will take people like these whom we honor here today – people dedicated to something larger than themselves, aware of the certain difficulties that lie ahead, yet committed to their noble cause nonetheless.

As we remember the men who died here, we also must remember our duty to focus on the goal for which they sacrificed – a just and democratic Bosnia and Herzegovina in which all of its citizens can prosper.