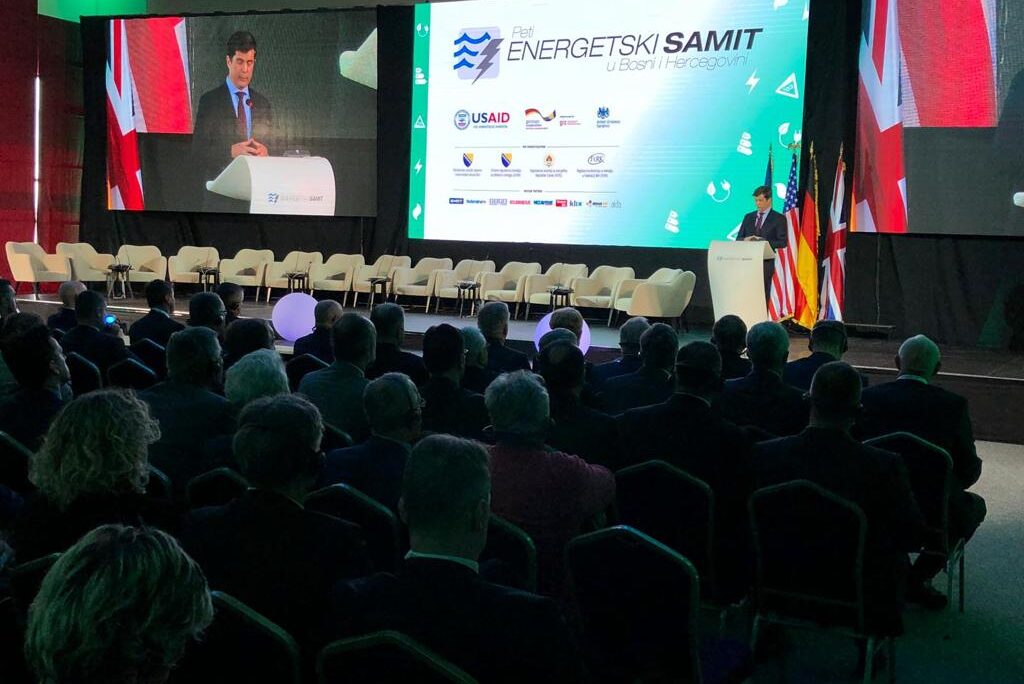 Good afternoon Your Excellencies, ladies and gentlemen. It’s a pleasure to be here with you today.

As many of you know, I am fairly new to Bosnia and Herzegovina. I am still getting to know the country and its people. But one thing I have already heard, over and over, is that the energy sector could be a star on the country’s economic stage. Bosnia and Herzegovina has extraordinary growth potential, given its abundant natural resources, and is already a net exporter of electricity. That’s the good news.

I know that Bosnia and Herzegovina has made some progress on energy reform. However, the reform process has been slow. In some cases, like the natural gas sector, it has come to a full stop. A regulatory environment that is not EU compliant impedes energy investment and thus energy security. People are fed up with the delays. Many people, especially youth, are voting with their feet and leaving for the EU.

The U.S. government hopes Bosnia and Herzegovina’s parliamentarians and political leaders will make the country’s energy future a priority, and invest their time and effort to reach consensus on energy sector reform.

Leaders and decision-makers of this country owe it to their constituents to reach consensus on reforms. Success will further integrate Bosnia and Herzegovina into regional energy markets and make it more appealing to investors. Energy investment translates into at least two things near and dear to citizens’ hearts – jobs … and heat on cold winter nights. Energy reform is an energy security blanket.

The first reform priority is adoption of the State Electricity and Gas Law. Failure to adopt this legislation has consequences on people’s daily lives. Bosnia and Herzegovina may be ineligible to receive future EU funds for energy infrastructure. People will not be interested in investing without the clear “rules of the road” contained in the draft legislation. Supplies of natural gas will remain expensive and unreliable, at best, while gas prices are not transparent, which causes unease among consumers.

businesses have the ultimate freedom to decide where they get all their energy – including natural gas.

Unfortunately, investments in natural gas infrastructure have been stymied by inter-entity politics. That’s a shame. It doesn’t have to be that way. Natural gas investments and supplies have no ethnicity; they should be driven by market principles that benefit the economy and security for all BiH citizens.

This summit is the perfect opportunity for decision-makers to hear directly from the experts on how to implement the needed reforms and look to the future. We can begin this summit with hope that we will succeed because we have done so in the past.

Accomplishments of past summits include:

The overarching theme of this year’s summit is ’energy transition’. Energy transition consists of a shift from conventional energy systems to new systems. It will be accomplished by:

· Getting consumers involved in achieving these objectives.

Energy transition is a structural change that is occurring worldwide. Bosnia and Herzegovina can defend its status as a net exporter of electricity through meaningful reform that emphasizes these trends.

Thank you and I wish you all a productive and successful energy summit.