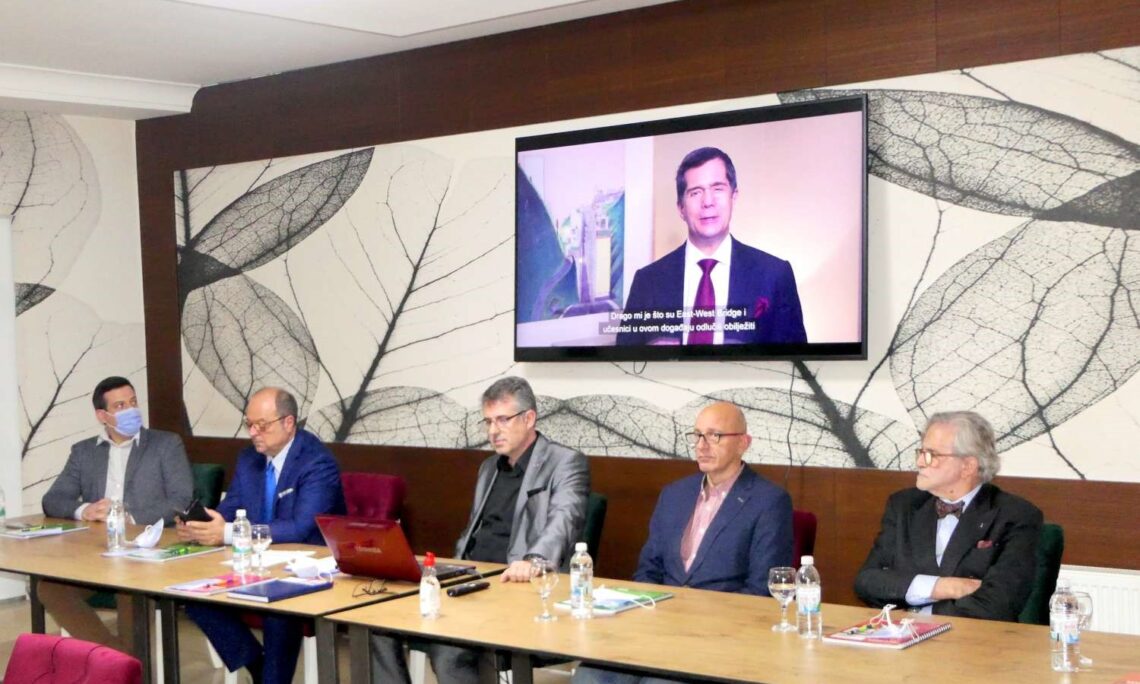 I am delighted to welcome you all to this important event and want to thank the East-West Bridge and Mr Robert Jovanović and his team for organizing this conference and the six workshops that preceded it.

I am pleased that East-West Bridge and participants in this event have decided to mark the 25th Anniversary of Dayton Peace Agreement by looking forward.

The agreement that ended the war in Bosnia and Herzegovina saved lives, but, as has been frequently noted, it also created a complex government structure abused by ethno-nationalist leaders in a way that stifles progress.

As such, it is fitting that you’ve chosen to discuss the necessary institutional framework to bring progress and prosperity to Bosnia and Herzegovina and to move BiH forward on its path toward Euro-Atlantic integration.

Earlier this afternoon, Deputy Secretary of State Biegun and Acting Assistant Secretary Reeker met with the Presidency of BiH to reaffirm U.S. support for BIH’s transatlantic integration. I hope you’ll listen to the public message Assistant Secretary released, as well as read my recent blog article about BiH’s journey to self-reliance as you begin your discussions.

The people of this wonderful country want a future of stability, prosperity, and sustained economic growth. Attaining that future requires reforms to create a government that works effectively for the citizens of Bosnia and Herzegovina. The nature of reforms must be decided by the citizens and elected leaders and must be approached based on dialogue and compromise.

I commend you for playing an active role in creating that future by bringing your ideas to the table. By “Harnessing the Power of Collaboration,” you demonstrate that working together, building consensus and hearing from others is both possible and is indeed the best way to find a way forward.

If you’ll allow me to make a brief plug for one of our programs. The U.S. Embassy launched a program called BOLD, Bosanski Omladinski Lideri, which is a network designed to support young leaders, like you, and to connect them with each other. By participating in this conference, you have already

demonstrated your desire to be a leader and to contribute. I’d encourage you to join our network at BOLD.ba so we can get to know you better.

I look forward to seeing the results of this conference, and I encourage you to share them widely, so that the conversations don’t end here and that the results of this project become a part of a larger, nation-wide discussion that helps move Bosnia and Herzegovina toward a bright future.