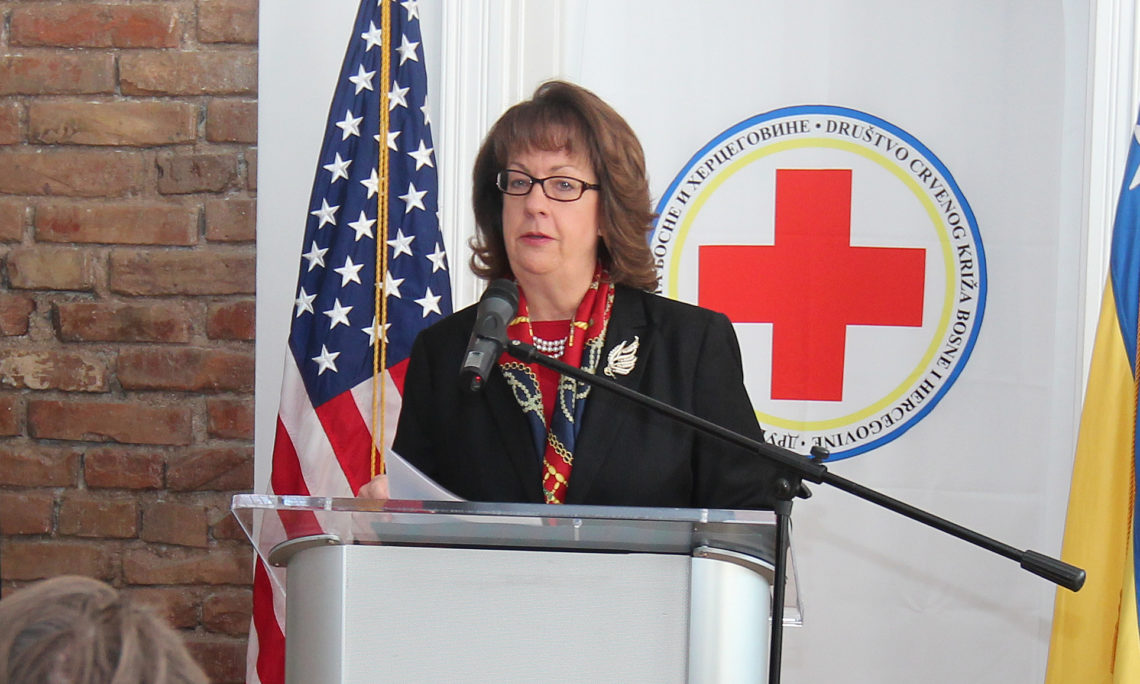 Speaking at a ceremony to mark the completion of the Ambassadors’ Fund for Cultural Preservation (AFCP) project for the internal reconstruction of the Red Cross Society building, Ambassador Cormack noted that with the completion of this restoration project, we mark not only the rebirth of this important building, we look toward the future; a future in which the Red Cross building resumes its role as a place where people gather to work towards a better Bosnia and Herzegovina.

The AFCP project to repair the historic building of the Red Cross Society of BiH began in 2014 with a grant to conduct a feasibility study and remove debris from the site. This initial project helped attract other donors, including the Red Cross Society of Italy, which provided 70,000 euros to repair the roof. The subsequent AFCP grant provided $120,000 for interior repairs and with completion of this final phase, the office portion of the building is usable once again. Built in 1929, the building housed not only the Red Cross Society, but also tenants including public baths, a soup kitchen, law offices, and a well-known cinema, Kino Sutjeska. On May 12, 1992, the building was hit by incendiary munitions, leaving only the reinforced concrete structure.

Posted by United States Embassy to Bosnia and Herzegovina on Thursday, May 11, 2017