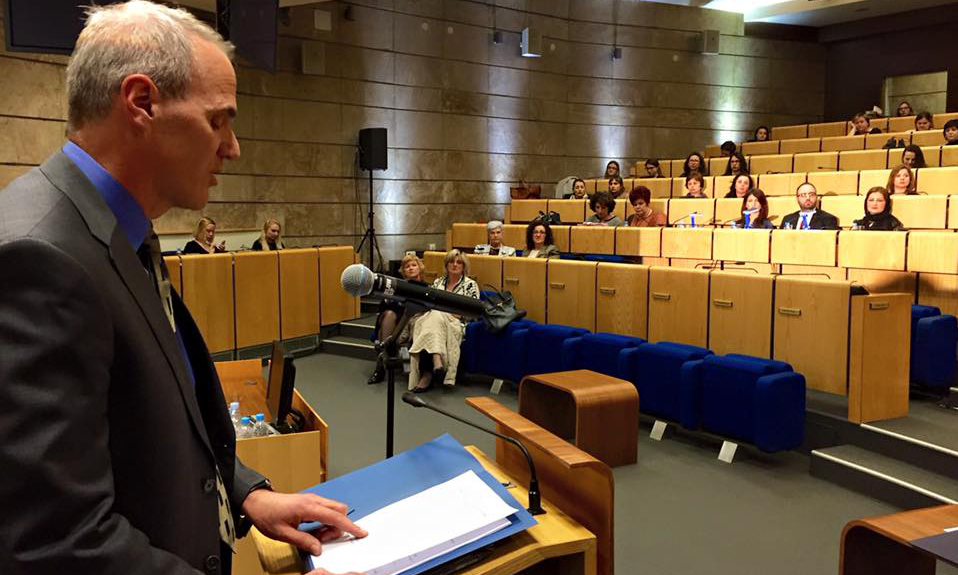 On March 8, 2016, in honor of the International Women’s Day, Sarajevo Open Center organized reading of the play “Seven”, a documentary play based on interviews with seven women’s rights activists, from around the world, whose life stories remain an incredible source of inspiration for the new generations of women and men in their efforts to build a better world where the human rights of each individual will be fully respected. Readings of the play “Seven” have been organized more than 150 times, performed in 32 countries around the world and translated in 26 foreign languages.  More than 600 women and men, including ministers, members of the European Parliament, artists, as well as the Oscar-winning actress Meryl Streep, have read the play, “Seven.” Seven members of the Federation of BiH Parliament read the play. Chargé d’Affaires Paul Horowitz, speaking at the event, said: “Women are important actors in every society.  Their engagement should not be limited to their role in a family.  Women should be encouraged, recognized and supported in all spheres of public, political, and social life.  Unfortunately today, women in many societies are left vulnerable.”