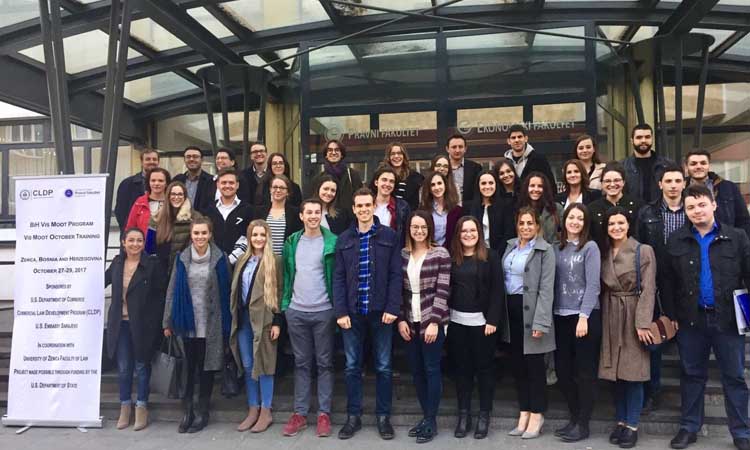 The U.S. Department of Commerce’s Commercial Law Development Program (CLDP) sponsored a training program October 27 to 29 at the University of Zenica for student commercial arbitration teams preparing to compete in the 2018 international Vis Moot in Vienna.  This year, six law schools from Zenica, Mostar, East Mostar, Tuzla, East Sarajevo, and Banja Luka participated in the training, the highest participation ever in BiH.  Next up is the “Pre Moot” competition in Mostar in February, during which 80+ participants from around the region will come together to further prepare for Vienna.  Good luck, teams!