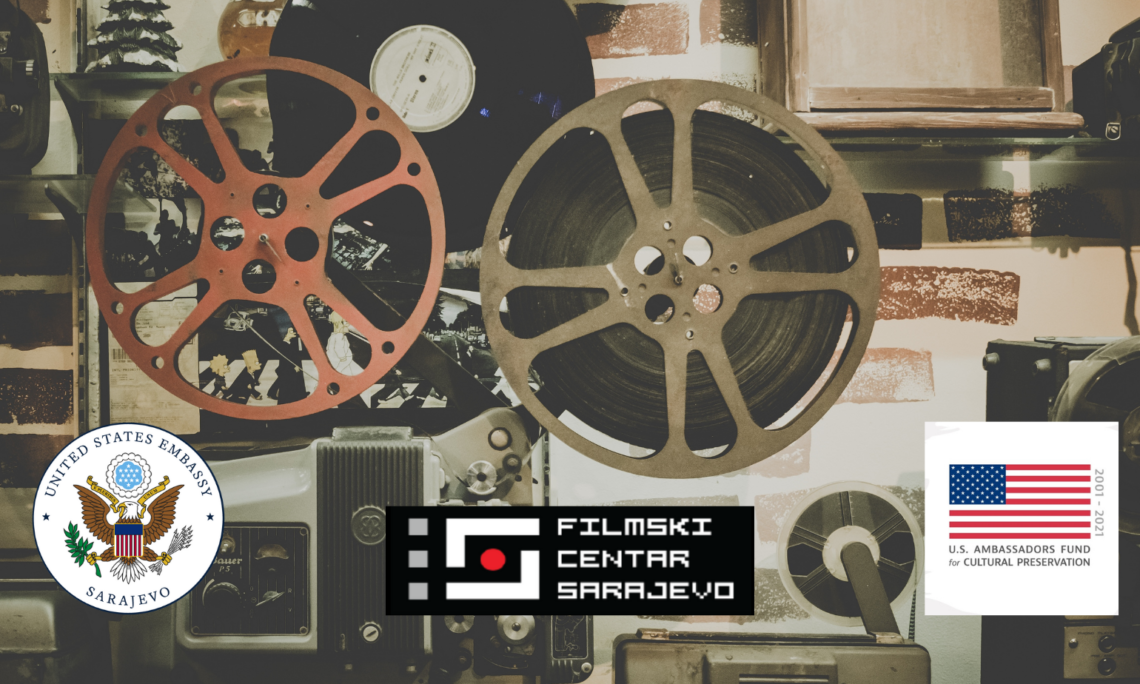 The U.S. Embassy congratulates the Sarajevo Film Center on its selection for a $308,000 grant via the State Department’s Ambassador’s Fund for Cultural Preservation (AFCP).  This grant will fund the restoration, protection, and digitalization of the Center’s collection of 35mm and 16mm films, which will ultimately be made available to academic institutions and the public through streaming and online distribution.

The AFCP was established 20 years ago with a goal of supporting projects to preserve a wide range of cultural heritage, including historic buildings, archaeological sites, ethnographic objects, paintings, manuscripts, indigenous languages, and other forms of traditional cultural expression.  Since its inception, AFCP grants have funded more than 1000 cultural preservation projects worldwide.

Ambassador Nelson announced the funding of the Center’s project on Saturday, August 14 at a gala dinner he hosted in celebration of the Sarajevo Film Festival and the AFCP grant.  The Ambassador highlighted that since 2001, the United States, through the AFCP, has spent more than $2 million on 21 projects dedicated to preserving cultural heritage in Bosnia and Herzegovina.  Among these projects were the restoration of an Orthodox and a Catholic Church near Mostar; the reconstruction of part of the historic building that houses the Museum of Modern Art of the Republika Srpska; restoration of part of the historic Jewish Cemetery in Sarajevo; and conservation and preservation of the collections of the National Museum of Bosnia and Herzegovina.