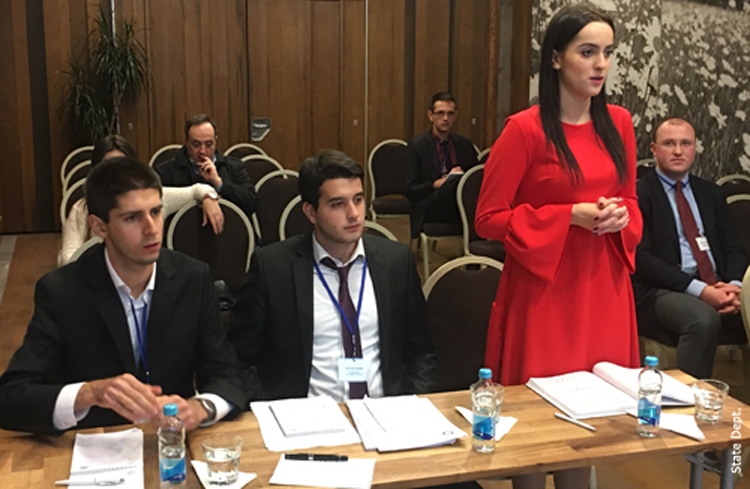 The fifth Moot Court Competition, co-sponsored by OPDAT and BiH Prosecutor’s Office, with support from the Court of BiH was held November 9-11, 2016 at Jahorina Mountain, Bosnia and Herzegovina.  OPDAT has been supporting this program, led largely by a BiH Prosecutor and his Legal Assistant, for the past four years.  The program reached over 60 law students from law faculties throughout BiH, and featured a three day competition of appellate argument by the students to three-judge panels.  This year, the competition winner was University of Sarajevo.  Mostar was second, and Tuzla took third place.  From the observations of the RLA and several BiH Court judges, these students were stellar in their research, analysis, and oral argument, demonstrating great capability for future work in the justice sector.

The program ran exactly as a moot court program should, it was organized, timely, and well-developed in its content.  And it was, in fact, created by the BiH Prosecutor’s Office.  This event is a worthy program that is Bosnian owned and well-run.  It demonstrates capabilities of the BiH Prosecutor’s Office, Court of BiH and law faculties to develop substantively sound and practically helpful programs for future practitioners in BiH.