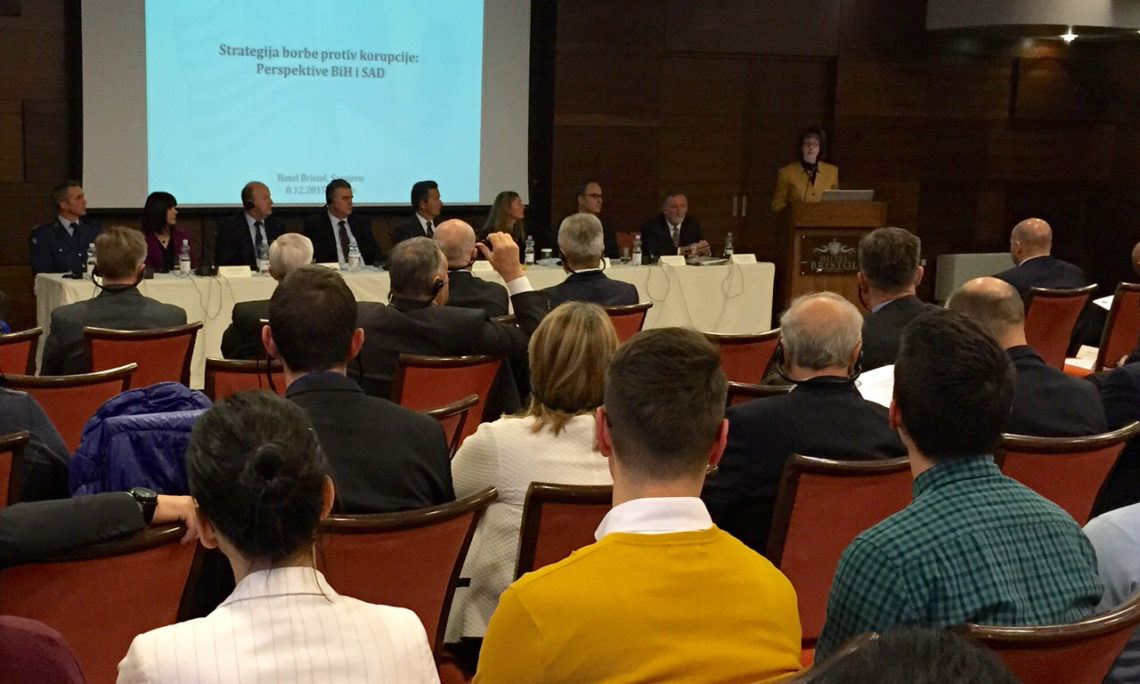 As part of the a week-long activities hosted by the Embassy Sarajevo to put the spotlight on the issue of corruption in Bosnia and Herzegovina, Ambassador Cormack spoke at the symposium for NGOs, prosecutors, judges and students held in Sarajevo December 8, 2015. In her remarks, Ambassador Cormack noted that corruption was an obstacle which must be addressed for Bosnia and Herzegovina to move forward on its path to EU and NATO membership, and for all its citizens to live safe and economically viable lives. “Each and every person in this room has the power to combat corruption – whether you work as a prosecutor, a judge, or as a civil society representative – each of you has a stake in the justice system.  So as you listen and participate in today’s discussion, I urge each of you to consider how you can contribute to this fight.    And for those of you who choose to lead in the fight against corruption – know that you have our support.  The United States is committed to a strong and prosperous Bosnia and Herzegovina, which is why we have made the fight against corruption a priority here as we have around the world,” said Ambassador Cormack.