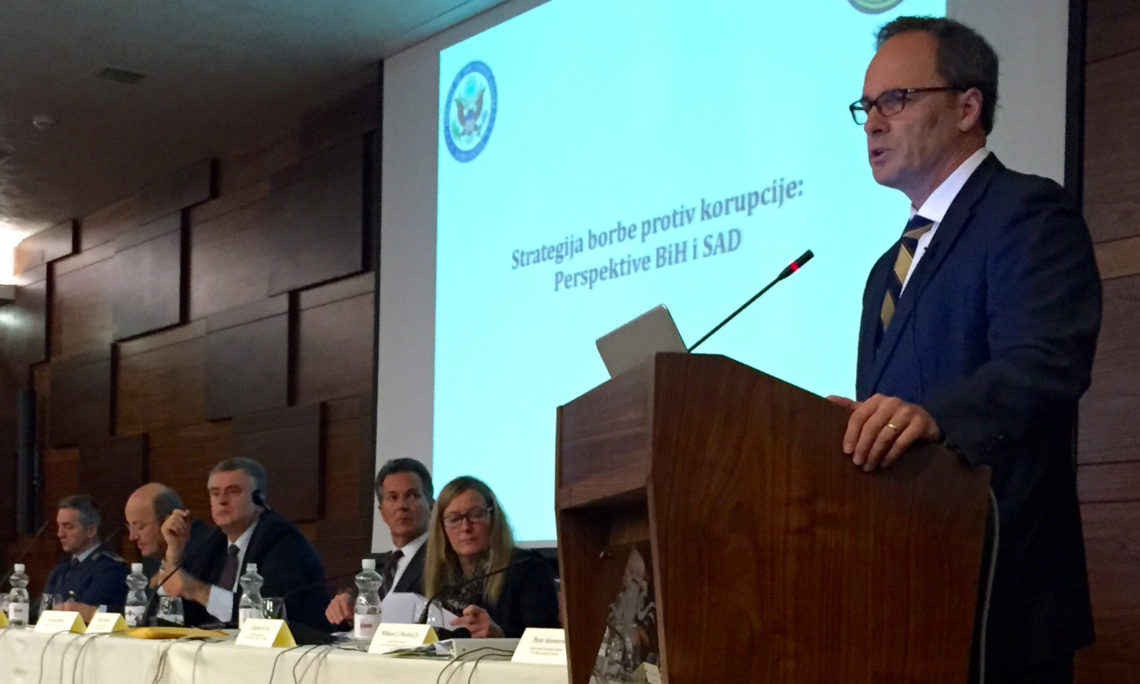 The experts also addressed a broad group of judges, prosecutors, government officials, and civil society professionals working on legal issues at a day-long Anti-Corruption Symposium, where Hochul encouraged attendees to “demonstrate and exercise the will to pursue challenging cases, not hesitate to begin with ‘low hanging fruit,’ and recognize that public corruption constitutes a serious threat to a country and its citizens.”  Judge Byron noted that U.S. whistleblower laws have  enlisted citizens in the fight against corruption, and underscored the importance of a truly independent judiciary, saying “the U.S experience, while imperfect, has created over time structures to combat corruption while promoting public confidence in the system.”