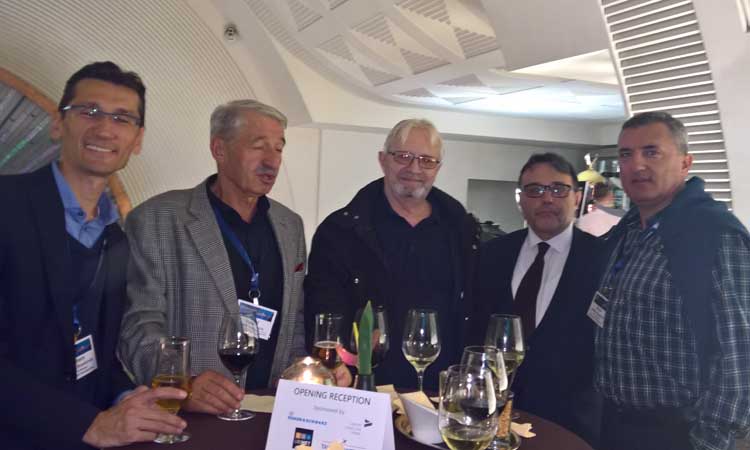 Commercial Specialist Edhem Brankovic and Travel Supervisor Almir Arapovic represented Embassy Sarajevo at the annual North America/Central Europe Airport Issues Conference, organized by the American Association of Airport Executives (AAAE) and the International Association of Airport Executives (IAAE), in Budapest October 24-26.  60+ representatives of airlines, airports, and aviation/airport-related companies from the United States and Southeast Europe attended, along with other Embassy representatives from Serbia, Austria, Croatia, Poland, and Hungary.  The BiH delegation (pictured) included the General Manager of Sarajevo International Airport and the Deputy General Manager of the BiH Department of Civil Aviation.