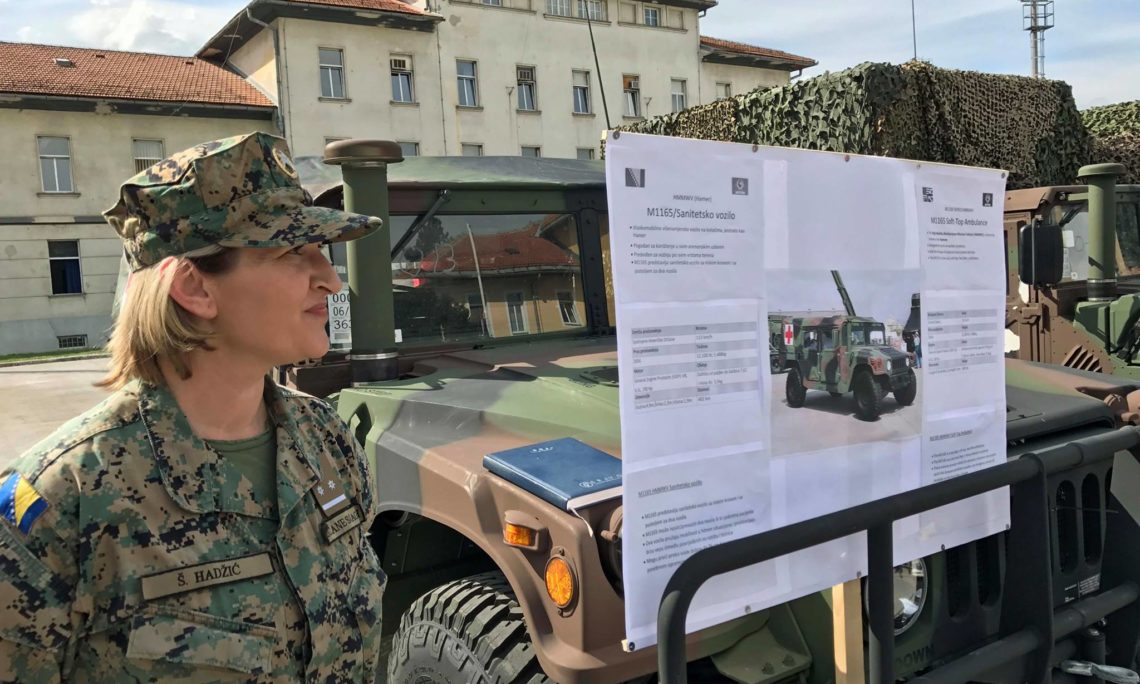 On March 23, Ambassador Cormack delivered a $3.5 million donation to the Armed Forces of BiH during a ceremony at Rajlovac barracks. The donation of 24 HMMWVs provided by the U.S. government increased the capacity of the BiH Armed Forces.  During the ceremony, Ambassador noted that this donation is a clear and unmistakable symbol of U.S. commitment to BiH and its goal of achieving closer Euro-Atlantic integration. She also stressed that the vehicles represent a solid basis for the Armed Forces of BiH to increase interoperability with NATO allies and partners in land operations. BiH Minister of Defense Marina Pendes said that the donation was a part of broader cooperation between the U.S. and BiH and thanked the United States for “true friendship.”